Home » Posts » Mental health » schizophrenia » Systematic review of fluphenazine for schizophrenia: 50 years of learning not that much 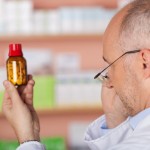 Antipsychotic medications are often the first line of treatment for schizophrenia and have been effective at treating florid symptoms such as delusions and hallucinations.

Fluphenazine was one of the first antipsychotics to become available on the market and has now been appearing on prescriptions for over 5 decades. Despite the arrival of newer generations of these drugs over time, Fluphenazine is still widely used today and in developing countries may be the only treatment option available. Perhaps it is the low cost of Fluphenazine that makes it a popular choice worldwide, or perhaps it is its longstanding history of use within the medical world.

Yet it is no secret that the drug comes with a long list of possible adverse effects, and the question arises of whether the benefits of this particular medication do in-fact outweigh the often debilitating harms; particularly when equally effective medications may be available with fewer side effects.

Matar et al (2013) conducted a systematic review to compare the effects of oral Fluphenazine with placebo for the treatment of schizophrenia. They searched the Cochrane Schizophrenia Group’s Trial Register, inspected reference lists and contacted lead authors in an attempt to locate all relevant published and unpublished research. Seven randomised controlled trials were included in the review, with a total of 439 participants. The participants were a mix of men and women, had an average age of 38 and all had a diagnosis of schizophrenia. The participants received an average dose of 8.2mg Fluphenazine per day.

The studies included in the review reported very few outcomes and failed to measure important factors such as satisfaction with treatment, quality of life and cost effectiveness. The data available was often inadequately reported and deemed unusable; and each study was reported to be at ‘high risk’ of bias due to a lack of information regarding random allocation and blinding procedures.

Matar and colleagues provide an up to date review on an antipsychotic medication prescribed around the world for people with schizophrenia. Despite the drug being around for so many years, the evidence base highlights that very little can be said about its direct effect on general mental state or on more specific symptoms of schizophrenia. A surprisingly small number of randomised control trials have been conducted; and so much more could have been learnt about this medication if the research was of higher quality and abundance. It appears that the use of Fluphenazine for millions of people worldwide is based on clinical experience rather than the handful of poorly reported clinical trials involving a few hundred participants. Despite this, the authors recognise that Fluphenazine is a low cost and widely available choice for the clinician, and suggest that the drug’s:

Global position as an effective treatment for psychoses is not threatened by the outcome of this review.