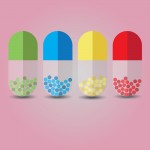 Schizophrenia is a crippling condition characterised by psychotic experiences such as delusions and hallucinations. It can be hugely debilitating for the patient and their family and it can also be an enormous challenge for psychiatrists and other health and social care professionals who are responsible for providing care and support to the service user.

Currently, there are very few alternatives to drug treatment for effectively managing schizophrenia. However, even experienced clinicians often struggle to select the most appropriate medication for their patients. Therefore, four recent Cochrane reviews assessing the efficacy of four common antipsychotic drugs (Chlorpromazine, Quetiapine, Trifluoperazine and Pimozide) in randomised controlled trials (RCTs) may be of help to clinicians.

One of the reviews (the Trifluoperazine review by Koch et al, 2014) also undertook a search for economic studies using the Cochrane Schizophrenia Group’s Health Economic Database.

Chlorpromazine’s global position as a ‘benchmark’ treatment for psychoses is not threatened by the findings of this review. Chlorpromazine, in common use for half a century, is a well-established but imperfect treatment.

Trifluoperazine is an effective antipsychotic for people with schizophrenia. Furthermore, our review provides supportive evidence that trifluoperazine increases the risk of extrapyramidal adverse effects. 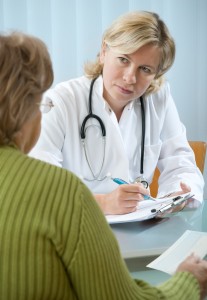 The authors concluded that quetiapine may have selective benefits over some compounds while at the same time caution that most studies:

That have been reported within existing comparisons are of very limited value because of assumptions and biases within them.

Pimozide vs. placebo, no treatment or other antipsychotics (Mothi and Sampson, 2013)

(…) enough overall consistency over different outcomes and timescales is present to confirm that pimozide is a drug with efficacy similar to that of other, more commonly used antipsychotic drugs such as chlorpromazine for people with schizophrenia.

While highly informative regarding specific side effect domains (e.g. motor symptoms or metabolic effects), the reviews discussed here add to an already complicated and multifaceted picture of antipsychotics. In addition, most studies suffer from poor methodological quality and their conclusions are of unclear clinical significance.

Having said that, knowledge of specific side effects (e.g. worse metabolic measures with Olanzapine) may aid clinicians in optimising their drug choice to provide a more tailored approach to individual patient profiles.

As is often the case with Cochrane reviews, these new studies highlight the need for more rigorous future clinical research and optimised protocols.