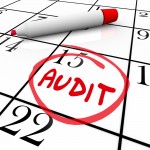 Many people with schizophrenia are still not getting the high quality psychological and medical treatment they deserve, according to the new National Audit of Schizophrenia, published today.

In December 2012, the first report from the National Audit of Schizophrenia highlighted areas of concern, particularly the management and coordination of physical healthcare, some aspects of prescribing practice and the availability of psychological therapies like CBT and family therapy. We blogged about the 2012 audit here.

The second audit has re-examined these areas and looked in more depth at service users’ perception of their care.

The reports calls attention to the following areas of concern: This second audit in two years shows that progress has been disappointing.

Data was gathered for this audit in two ways: The audit used a combination of data collection methods, along with the input of a service user reference group.

Experiences of people with schizophrenia

Experiences of friends and family Only a third of people with schizophrenia have had their physical health monitored properly. 1 in 4 people with schizophrenia said they do not have a phone number to call in a crisis.

The areas covered by the recommendations are:

This is a vital barometer of care for people with schizophrenia in England and Wales, and for the first time this year it provides a detailed localised picture. This must now be adopted by commissioners and providers to identify the priorities for improving their local mental health services. The detailed recommendations make essential reading for anyone who works with people with schizophrenia.

This new audit and the supporting documents make for sobering reading for anyone involved in the management, care or treatment of people with schizophrenia.

The 2012 audit was a wake-up call to everyone from senior managers in the Department of Health to mental health professionals working at the coalface. This new audit published nearly two years later shows that progress has been slow or non-existent. There is huge variation in how NHS Trusts are performing and many service users and carers continue to receive sub-standard care.

Clearly, the audit results are not all negative, but this report is undoubtedly a rallying cry for us all; especially coming as it does on World Mental Health Day 2014 where Living With Schizophrenia is the theme. I personally have been heartened to see the response to #SchizophreniaAwarenessWeek on social media this week, as well as some of the positive coverage that the topic has received in some areas of the media.

However, the reality for many service users and carers is that day-to-day life with schizophrenia remains an enormous struggle. This important report underlines the size of the problem and recommends what we can all do to bring about meaningful change.

Tomlin A. National Schizophrenia Audit calls for improved monitoring of physical health in people with schizophrenia. The Mental Elf, 14 Dec 2012.

Last reply was July 5, 2015
Try out our members features!