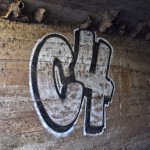 In order to develop more bespoke disease-modifying treatments for schizophrenia, a common chronic neuropsychiatric disorder, we must gain a greater understanding of the underlying molecular mechanisms of disease. Over the past several years, largely as a result of highly collaborative global consortia, significant progress has been made in identifying genetic risk factors for schizophrenia. The picture that has emerged is that schizophrenia is a highly polygenic disorder with a complex array of risk loci. The next step is to translate these genetic findings to obtain a greater understanding at the cellular and pathways level and also to determine the environmental influence on this genetic background. The recent paper by Sekar et al (2016) is one such significant step in this process.

The first genetic link to the immune system came from a combined sample of the International Schizophrenia Consortia (ISC), the Schizophrenia Genetics Consortium (SGENE) and the Molecular Genetics of Schizophrenia (MGS) and identified the major histocompatibility complex (MHC), associated with acquired immunity, as a risk factor (with a genome-wide P value of 9.5×10-9 for rs13194053, an SNP in the MHC region) (Purcell et al, 2009). This link on Chromosome 6 was strengthened from the findings of the Schizophrenia Working Group (SWG) of the Psychiatric Genetics Consortia (PGC) where by far the most significant locus includes a region containing the MHC (Schizophrenia Working Group of the Psychiatric Genomics Consortia, 2014).

An immune factor in schizophrenia can be implicated from the fact that maternal infection has been proposed as one of the factors increasing risk and could account for as much as one-third of cases (McAllister, 2014). Moreover, studies have shown that offspring of mice injected with poly(I:C), a dsRNA that mimics viral infection, present alterations that resemble some schizophrenia features (e.g. enlarged ventricular volume and behavioural abnormalities) (Patterson, 2009). Further support for the role of MHC in schizophrenia comes from the fact that the molecule has also been found on synaptosomes in the adult mammalian CNS, in visual cortex synapses (Glynn, 2011) and in neurons and neuronal precursor cells in the prenatal mouse brain (Chacon et al, 2013). In cultured neurons before and during the peak of synaptogenesis, MHC-I negatively correlates with glutamatergic synapses (Glynn, 2011). This inverse correlation was further observed in vivo, with an increase of more than 50% in synaptic density in ‘knock-out’ MHC-I mice (Glynn, 2011). The implication for MHC-I, seen in glutamatergic synapses, is a strong argument for a possible role in the aetiology of schizophrenia, given the alterations in glutamate neurotransmission observed in patients (Umbricht, 2000). However, pinpointing where in the MHC that causal variants reside is complicated by the fact that the MHC is 3.6 million bases long! Sekar et al (2016) noted that the most strongly associated markers however were near the C4 gene encoding complement 4 and so chose to focus on this complex, multi-allelic variant which had only been partially characterised.

C4 can exist as two functional isotypes: C4A or C4B and it is important to know which are present as their protein products bind different molecular targets. Furthermore, both C4A and C4B can be present in either short (S) or long (L) forms which differ in the presence of a human endogenous retroviral (HERV) insertion, lengthening it from 14 to 21 kb. One to three copies of C4A and/or C4B usually present as tandem arrays within the MHCIII region. 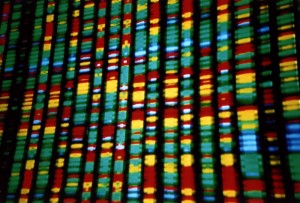 The strongest genetic association found in schizophrenia is its association to genetic markers across the major histocompatibility complex (MHC) locus.

The authors first set out to determine the ‘structural haplotypes’ of C4; the inheritance of these in father-mother-offspring trios; the expression of C4 in post-mortem brain and the structural variation in C4 seen in schizophrenia by analysing SNP data from the PGC (Schizophrenia Working Group of the Psychiatric Genomics Consortia, 2014). They also studied expression of C4 in cultured human primary cortical neurons. In mouse models they studied C4 expression in the visual system focusing on the synaptic projections from retinal ganglion cells (RGCs) onto thalamic relay neurons within the dorso-lateral geniculate nucleus (dLGN).

The study found that variation at C4 is associated with schizophrenia risk independently of other genetic variations in the MHC region and that different levels of risk associate with different combinations of C4 copy number and HERV status. RNA data showed that expression of C4A and C4B increase with copy number and that the presence of the HERV insertion increases the ratio of C4A:C4B. The higher the levels of C4A then the greater the risk of schizophrenia. Measuring C4A RNA expression in post-mortem brain from 35 schizophrenia cases vs 70 individuals without schizophrenia showed a 1.4-fold increase in each of 5 brain regions studied in schizophrenia cases.

Immunohistochemistry of human brain sections from the prefrontal cortex and hippocampus showed staining in the grey and white matter with most staining in the hippocampus. Neurons and astrocytes stained and co-localised with synaptic puncta. Staining of human primary cortical neurons showed that the majority of C4 immunoreactivity localized to neuronal processes (of which approximately 65% was found in dendritic process and 35% in axonal processes) and furthermore almost half of structural synapses showed punctate C4 immunoreactivity co-localising with synaptic proteins.

From the mice studies they showed that in the developing mouse brain C4 promotes C3 activation which targets subsets of synapse elimination by microglia. In C4-deficient mice they showed that C3-immunoreactivity in the dLGN was significantly reduced compared to wild-type littermates. This corresponded with fewer synaptic inputs being C3-positive in the absence of C4. In C4-deficient mice there was also reduced synaptic pruning (as evidenced by greater overlap between RGC inputs from two eyes compared to wild-type littermates). Interestingly, heterozygote C4+/- (with one wild-type copy) had an intermediate phenotype. 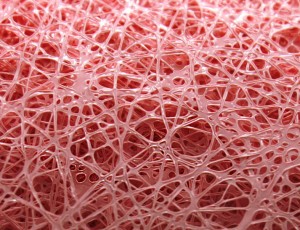 This study suggests that C4 may work with other components of the classical complement cascade to promote synaptic pruning.

C4 is an important component of the classical complement cascade to remove pathogens and cellular debris by the innate immune system which in the brain is also implicated in synaptic pruning. The association of increased C4 expression with schizophrenia, its presence at synapses, and the finding that there is decreased synapse numbers in schizophrenia raises the possibility that C4 might operate as part of the classical complement cascade to promote synaptic pruning. However, mice lack the two forms of C4A found in humans so it is difficult to extrapolate why schizophrenia risk depends specifically on levels of C4A expression in these studies. Furthermore, although humans express C4A and C4B, which are biochemically different, it is thought that schizophrenia risk most strongly associated with C4A.

Surely now it is a priority to probe the mechanistic understanding of this association further in human-derived cells from patients who actually carry these mutations and further explore the roles of human-specific variants on synaptic function in health and disease?

The study by Sekar et al is impressive and a valuable contribution to a fast moving field that has already seen recent impressive studies probing other rare genetic risk variants of schizophrenia utilising the gene to protein to biology (brain function) approach. They have shown that a genetic variant in the complement C4 gene, increases expression of protein C4A in brains of mice where it helps to control synaptic pruning by marking the synapses for destruction by the brains resident macrophage, the microglia. The driving hypothesis is that the resulting synaptic dysfunction could be the consequence of this excessive pruning leading to the development of psychopathology as seen in schizophrenia.

This neurobiological underpinning has been much speculated and debated over three decades but the link to complement and the advances in neuroscience have permitted the basic molecular mechanisms to be nicely dissected in mice as seen in this large commendable body of work by Selar et al. 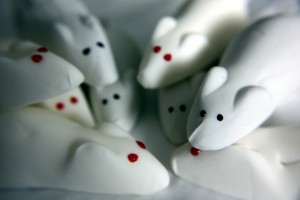 This research demonstrates that C4 mediates synaptic refinement in a mouse model.