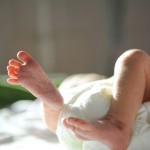 Preterm babies are three times more likely to be admitted to hospital for a mental health problem as an adult than normal term babies, according to a study published in the Archives of General Psychiatry by researchers in the UK and Sweden.

About 1 in every 13 children born in the UK are classified as premature and this study shows that up to 6% of this population will go on to experience a serious mental health condition.

The cohort study is one of the largest ever published that explores the effects that birth complications have on mental health.

Researchers analysed data from the Swedish medical birth register by finding babies born between 1973 and 1985 who were still living in Sweden. They then reviewed hospital discharge records to see which people in the 1.3 million sample had been admitted to hospital for a mental health problem as an adult.

We believe that the increased risk of mental disorders in those born very prematurely can be explained by subtle changes in brain development.

The immature nervous system in those born prematurely is particularly vulnerable to neonatal brain injury resulting from birth complications.

The research team have recommended that children at risk should be screened for mental health problems when they reach the age of five. They also stress that a second stage of monitoring at a later age may help to identify problems in this population.

Last reply was April 8, 2017
Try out our members features!