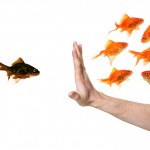 A year ago this week I blogged about a study in the British Journal of Psychiatry that showed the dramatically reduced life expectancy of people with severe mental illness, who on average live 15-20 years less than the rest of the population. Twelve months on and a new study published in the same journal paints an equally depressing picture about the treatment people with mental health issues receive for comorbid physical illnesses such as cardiovascular disease, cancer, diabetes, arthritis, osteoporosis and HIV.

The systematic review and random effects meta-analysis carried out by researchers from the University of Leicester, brings together the results of 61 comparative analyses (from 23 publications), which investigate the prescription rates of 12 different classes of medication in a total of nearly 2 million people.

The search strategy for the review focused on non-organic mental health disorders, so studies looking at delirium or dementia were excluded. The authors divided the subgroups of patients by severe mental illness, affective disorders and other miscellaneous conditions.

Individuals with severe mental illness (including schizophrenia) appear to be prescribed significantly lower quantities of several common medications for medical disorders, largely for cardiovascular indications, although further work is required to clarify to what extent this is because of prescriber intent.

As always with this kind of meta-analysis, it’s important to consider whether or not it’s sensible to pool the various studies.  The review authors state that heterogeneity was found in 5 out of 11 main analyses and this meant that the odds ratios observed for affective disorders were non-significant.

The researchers also highlight the possibility that patients with mental illness in the included studies had more severe physical illness than the comparison group, which should of course lead to higher prescribing rates, not the lower rates that were generally found.

Mental health professionals may not feel confident in prescribing medication to treat physical problems, and hospital specialists may be worried about interactions of mental health medication.

However we cannot rule out the possibility that medical conditions are being undertreated where they co-exist with mental health problems.