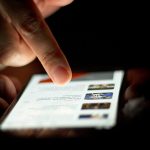 Yesterday we published a blog about a recent systematic review of social media interventions for people with schizophrenia by Chris O’Sullivan. Today we’re following it up with this personal view by mental health campaigner Jonny Benjamin.

During the summer of 2010 a family friend of ours suffered a major heart attack. Thankfully he survived. I saw him sometime afterwards and we talked for a long time about his journey. As I sat listening to him I reflected on my own journey and felt incredibly sad that, unlike him, I could not talk so frankly about it.

A couple of years earlier, at the age of 20, I was diagnosed with schizoaffective disorder. At the time I had been psychotic, sectioned and hospitalised. It was such a difficult time but I had never spoken to anyone about it because I was simply too ashamed and embarrassed of my illness.

That changed though after hearing from this family friend. Inspired by the openness of the conversation, I decided I wanted to share my story, just like him. 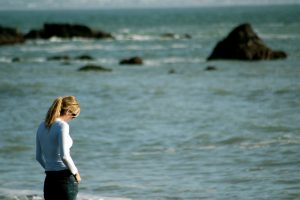 The stigma of mental illness prevents many people from talking about it with their friends and family.

But I was not yet ready to look someone in the eye and talk about my mental health. The thought of it felt too overwhelming. So instead I took out my camera phone, hit the record button, and began talking.

Countless takes ensued. It was frustrating and exhausting. I would freeze up or stumble over my words and have to start recording all over again. But for the first time ever, I found myself being able to speak with honesty. It was extremely cathartic.

Finally I had an outlet. I had spent years hiding my delusions, depression and the voice of the devil in my head. Now, no longer was it all contained within me, unsaid. I know it’s a cliché but I truly remember feeling the weight being lifted off my shoulders at last.

Having an outlet was simply not enough though. I needed someone to share it with, just as the family friend had shared his story with me. But whereas he was able to talk openly with loved ones about his physical health issues, I could not bring myself to do the same about my mental health issues.

At this point I turned to social media, specifically YouTube, to share the video I had made. I knew no-one with a mental health issue at that time. Coming from a Jewish community, there was a significant amount of stigma attached to mental illness back then, as there so often is still today within communities.

As mental health was such a taboo amongst family and friends, I was desperate to find others I could connect with. So I was delighted when people not only began watching my first video on YouTube, but started commenting on it as well. To know I wasn’t alone in experiencing delusions, hearing a voice or feeling suicidal was an extraordinary relief.

What’s more, those messaging me encouraged me to make more videos and talk in further detail about my mental health.

Today I have made just over 100 videos, all of them focussing on mental health. Regrettably, I later deleted the first videos I made. More recently I became a film producer and the perfectionist in me didn’t approve of the poor quality of them! 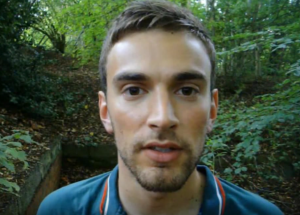 Jonny’s brilliant YouTube channel has videos on everything from mindfulness to dealing with suicidal thoughts.

There is no doubt that beginning my journey on social media was a significant part of my recovery from psychosis.

Not only did I finally have an outlet and people to connect to, but I now seemed to have a purpose. Receiving my diagnosis had felt like being handed a life sentence, and I rapidly came to exist rather than living. All my friends were graduating, getting jobs, and some had even started getting married and having children.

I, however, was stuck. My psychiatrist even commented that “I had become a shadow of my former self”. But making YouTube video blogs, or vlogs, reignited a spark within me. The people that watched them told me it was making a difference to their lives. At last I had something to live for.

My sense of creativity began to appear again. It’s something I had always possessed, but seemed to disappear in the years following my diagnosis.

Making my YouTube videos gave me a chance to be creative, and I soon began to produce a variety of films on the subject of mental health that have now been watched by thousands of people. This allowed me to learn new skills along the way, such as editing.

However, it hasn’t always been a smooth ride.

I went into the world of social media not wanting my family and friends to know about it. But as more people began to watch my vlogs this changed. A friend randomly came across my most watched vlog that documents my journey with schizoaffective disorder. He subsequently told my family about the videos; I was horrified when I found out that they had watched them.

I came very close to quitting social media at this point but reading the messages I had received and knowing I was making some sort of difference changed my mind about this.

Taking the rough with the smooth

The most difficult aspect of using social media for me has been receiving abuse and stigma. A couple of years ago I was trolled daily on social media and once again came close to leaving. The troll eventually stopped, and even later apologised; something that is rarely heard of within social media.

More recently, I’ve had to limit my use of social media. It can make me feel quite paranoid at times. People unfollowing me on Twitter, for instance, can lead to a great deal of paranoia and anxiety. I’m sure that may sound silly to those who have thankfully not experienced such symptoms, but for me the fear that I’ve done something wrong or a person is conspiring against me when they stop following me can be all consuming.

For the most part though, social media has played a hugely positive role in managing my mental health. Almost two years ago I suffered a relapse and ended up back in hospital. Social media was a sanctuary during this period. It allowed me to express everything, without judgement, that was happening to me that I couldn’t say to those around me.

I created a series of videos at this point, which I called my Recoverlogs. It’s especially difficult to look back at these because I was in such a dark place, and this is certainly reflected within those vlogs.

But the wonderful thing about making the Recoverlogs is the love and support I was shown via social media. To have complete strangers from across the world write messages of hope and tell you that they believe in you is truly remarkable when you’re struggling to survive.