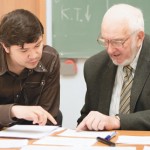 The PANSS (Positive and Negative Syndrome Scale) is one of the most important rating instruments for patients with schizophrenia. Kay’s original 1987 article on PANSS has been cited more than 4,000 times making it one of the most frequently cited schizophrenia articles on PubMed.

Despite its common use there still seems to be profound uncertainty within the psychiatric community regarding its mathematical properties. The pitfall relates to the calculation of proportions (including percent changes), which are used in common outcome criteria like response.

Researchers from the Ludwig Maximilians University in Munich have conducted a systematic review to investigate the scope of incorrect PANSS calculations. They have searched for articles published in the top ten psychiatric journals using the terms “PANSS” and “response”. All articles containing percent changes were included and methods of percent change calculation were analysed.

They discovered that the majority of authors (62%) actually appear to use incorrect calculations. In most instances the method of calculation was not described in the manuscript.

These alarming results underline the need for standardised procedures for PANSS calculations.

Whilst the search criteria used here (just looking at the top ten impact psychiatric journals) could hardly be considered worthy of a systematic review, these results do suggest that there is an issue here that warrants further investigation.