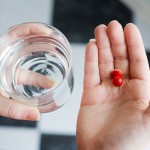 Antipsychotic medication is the standard treatment for schizophrenia and psychosis in the UK.  Given that psychosis is commonly a chronic condition and therefore that medication used to treat it often needs to be taken for several years, getting the medication “right” is important.

So, finding the “right” medication is a balancing act: it needs to be effective in reducing symptoms, but it also needs to have a tolerable level of side effects: if your medication makes you feel physically unwell there must seem little incentive to continue taking it, but non-compliance to antipsychotic medication potentially jeopardises your mental health.

It would seem sensible, then for clinicians to have the best possible understanding of what to expect from an antipsychotic in order to help them achieve the elusive balancing act between efficacy and tolerability.

Fear not – those lovely Cochrane wizards are back with a review to answer that very question, in the form of Suttajit et al’s (2013) systematic review.

Once these studies had been identified as appropriate, the data was extracted and analysed in order to assess the following outcome measures: The following results were found: When comparing quetiapine with typical antipsychotic medications, Suttajit et al’s Cochrane review appears to find no support for quetiapine being more effective than its older “first-generation” counterparts.  Quetiapine performed no better than typical antipsychotics in improving mental state, reducing re-hospitalisation or improving quality of life (amongst other measures).

However, when considering the other important aspect of “getting the medication right” – tolerability – their review found some evidence to suggest that quetiapine may result in fewer occurrences of specific adverse side effects (abnormal ECG, extrapyramidal effects, abnormal prolactin levels and weight gain).

But let’s not get too carried away.  The evidence for quetiapine having potentially greater levels of tolerability has been described by Suttajit et al as being of ‘moderate quality’.  That is to say:

further research is likely to have an important impact on our confidence in the estimate of effect and may change the estimate.

Or in other words – the evidence used to provide this conclusion isn’t as compelling as we’d like, over here in the Mental Elf woodland.

In fact, poor quality data is reported as being a significant limiting factor in this review.  The authors highlight that:

and emphasise that outcome reporting in the trials selected for inclusion in the review was ‘insufficient’ and failed to adhere to the CONSORT statement (designed to promote high standards in trial reporting).

So – once again, your ethics committees need you!  Suttajit et al ultimately conclude that better reported, medium- and long-term studies into the benefits of quetiapine over typical antipsychotics are required.  Ready, steady, get drafting!