Home » Posts » Mental health » schizophrenia » Are you really at risk of attack by someone with schizophrenia? 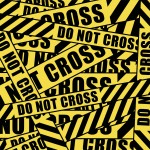 A violent attack by someone who is mentally ill quickly grabs the headlines. And it’s usually implied that mental illnesses are a preventable cause of violent crime. Tackle that and we can all sleep safer in our beds.

But by pressuring mental health services to focus on the risk of violence we are in danger of actually increasing it.

Most of the debate around risk and offending has centred around schizophrenia – the bread and butter of community psychiatry. But what is the evidence relating to the risk of violence in those diagnosed with schizophrenia? To assess the risk of a schizophrenic attack, we try to work out the risk of a rare event in a bunch of people with a mixed bag of symptoms. Flickr/daniellehelm

It’s tricky because schizophrenia varies so much in character and severity. And other factors known to have an association with violent crime, like migration and social disadvantage, are often also implicated as a part of the cause or consequence of schizophrenia.

Other factors in play

Researchers put different emphasis on the importance of these other factors. This might explain the wide variation in the figures for how much more likely violence is in someone with schizophrenia.

The largest study to date (Fazel, 2009), conducted in Sweden, compared more than 8000 people with schizophrenia with control groups using hospital and criminal records. They found that much of the increased rate of violence in those with schizophrenia was confined to those who also abused drugs.

But a recent Australian study (Short, 2013) showed that people with schizophrenia – even without substance abuse – were twice as likely as control subjects to have a violent conviction.

And we tend to forget about how uncommon it is to have these kinds of incidents (though shouty headlines can make us think otherwise). Even if it could be proved that the disorder actually caused an increased rate of violence, completely taking all of those with major mental disorders out of society would only reduce violent crime by about 5%) – less than for drugs and alcohol.

Is our obsession with risk making it worse? So what worries me is the interpretation and outcomes of these findings and their adoption into policy, legislation and clinical practice.

The real danger here is that the focus is on risk, and decisions based only on that risk at the expense of the illness itself, could even increase that risk.

The main problem is that we’re not actually very good at predicting violent events. This isn’t because mental health professionals are rubbish but mainly because they’re so rare in the populations we’re looking at.

A concept that just doesn’t seem to be that well understood, even among doctors, is that the predictive ability of any risk assessment depends on the rate of the event in the population we’re looking at. The lower the rate, the less able the assessment is to correctly predict it. If something happened frequently, it would be easier to predict. If we use the MacArthur instrument – one of the well evaluated tools for measuring the risk of violence – to classify people as a high or low-risk of committing murder then, as Australian psychiatrist Christopher Ryan put it:

4117 patients would have to be detained or otherwise managed for a year in a homicide-proof fashion to try to prevent just one of those patients committing a homicide. And yet one in every 22,421 patients assessed to be ‘low-risk’ would commit a homicide in that period.

Most people who suffer from schizophrenia would correctly be classified as low risk. Because of this, they would have resources diverted away from them despite suffering from a debilitating but treatable condition. And a very few of those classified as low risk would actually go on to commit a violent offence.

We currently have different legislation for those with mental health problems. It is hard to imagine any other group of people being subject to different laws based on a higher statistical rate of violence. Men are more likely to be violent than women but aren’t subject to legislation that allows us to more easily detain them against their will.

Not that we should just shrug our shoulders and say that risk just isn’t our thing. A comprehensive assessment that includes a risk component should allow people to make informed decisions about their treatment, based on their capacity to do so (which, incidentally, is something we are good at assessing).

Decisions should rely on the characteristics of the illness and evidence for treatment, not just the enforcement of short-term and inadequate interventions as a nod to risk at the expense of treating the illness itself.

We know there is a higher rate of violence in those who’ve developed schizophrenia before they even seek help from services. I’m pretty sure that if I was suffering from schizophrenia I would be more likely to go to services that offered help for my illness rather than those seen as punitive and risk-obsessed.

Sadly, the over-emphasis on risk of violence is a grave disservice to many suffering from a debilitating but treatable illness.

Rebecca Syed does not work for, consult to, own shares in or receive funding from any company or organisation that would benefit from this article, and has no relevant affiliations.

This article was originally published at The Conversation.