Home » Posts » Mental health » psychosis » The more psychotic you are, the more benefit there is in taking antipsychotics 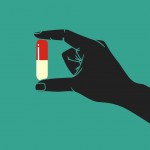 Antipsychotic medications are currently the treatment of choice for someone who is experiencing psychotic symptoms. There efficacy is very well established and has been widely blogged about on the Mental Elf site, for example, the recent post by Raphael Underwood (2014) highlighting the efficacy of high vs. low-potency first-generation antipsychotics for schizophrenia.

However, antipsychotics also produce a range of unpleasant and potentially disabling side effects. Prescribing continues to be based predominantly on custom and practice, rather than following NICE recommendations or symptomology.

This study aimed to explore how prescribing antipsychotics or placebo relative to symptoms at baseline influences improvements in mental state.

The authors (Furukawa et al, 2015) undertook a systematic review and identified 97 trials. Of these they were able to get the patient level data for only six studies. For this data a participant level meta-analysis was conducted.

The authors describe this as a ‘3-level mixed-effects model repeated-measures analysis (MMRM) with maximum likelihood estimation’.

The authors specifically looked to examine the relationship between positive and negative symptoms and outcome using the Positive and Negative Syndrome Scale (or converted scores from the Brief Psychiatric Rating Scale), or the Scale for Assessment of Negative Symptoms. The authors found that patients with the most severe baseline illness were likely to benefit the most from antipsychotic treatment.

The clinical implications of our findings may be as follows: we can expect the benefits of antipsychotics for patients with full spectrum of severity who are likely to treat for acute schizophrenia and for highly symptomatic patients with predominantly negative symptoms, and the severer the illness is at baseline, the bigger the benefits will be.

Towards the mildest end of the spectrum, judicious clinical consideration of trade-offs between benefits and risks of the antipsychotic treatment is required. 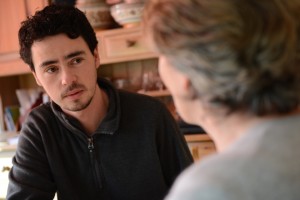 The authors conclude that caution is required when prescribing antipsychotics to patients at the milder end of the spectrum of illness.

What surprised me most about this paper was the use of data from old trials to develop and test this model. The included data ranged from papers published between 1993 and 1999 and the data would have been collected before this. This is not clearly identified in the paper. For the authors to only be allowed access or get access to 6 of the 97 trials is terrible. It is clear that this paper was supported via drug companies and their role in this is unclear, particularly whether the authors could only access certain data.

From a clinical perspective it is useful to know that those with the worst symptoms (either negative or positive) are likely to improve more as a result of prescribing an antipsychotic vs placebo. But the review only included three of the commonly prescribed antipsychotic drugs, and there was no discussion about optimum dosages. However, the outcome of these trials were measured at 6 weeks, so this does not help clinicians understand the longer term implications of antipsychotic prescriptions. Does the inclusion of data from 20 years ago affect the applicability of this study?

Readers who want to learn more about the research in this area may like to watch this Google Hangout organised recently by the Evidence-Based Mental Health journal.