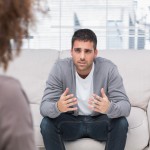 This systematic review of psychological therapies for borderline personality disorder (BPD), conducted in Spain, takes an interesting approach to reviewing the literature. Unfortunately, there appear to have been challenges in translating the systematic review from Spanish and the text can be difficult to follow at times. This is a real shame as it is an interesting review. It is worth persevering and reading the full paper.

The authors make the point that BPD affects 1-2% of the general population and that this diagnosis is associated with early death, suicide and increased use of health care services. Unfortunately, up until relatively recently, a pessimistic view of treatment for BPD existed. More recently, there have been considerable advances and a number of randomised controlled trials (RCTs) of psychological therapy for BPD have been conducted. Pre-existing reviews and meta-analyses have suggested that some specific therapies have preliminary evidence that supports their use. Nevertheless, in many cases the therapies being reviewed were experimental, studies were small and used different methods to evaluate their results.

The authors note that previous systematic reviews and meta-analyses were hindered by heterogeneity among the studies reviewed.  Their systematic review did not use meta-analysis to synthesise the data and instead used a qualitative approach. The authors concentrated on what they considered to be three crucial aspects of RCTs of specific psychotherapies for BPD: Of 211 papers originally identified, 11 remained after the inclusion and exclusion criteria were applied. Of the remaining 11:

There was great variability in the percentages of participants who abandoned therapy across the reviewed studies. Interestingly, when a therapy developer is also an author of a study, abandonments also vary greatly. For example, in DBT studies published by the creator of the model (Marsha Linehan), abandonments of therapy ranged from 11.5% to 16.7%. In other evaluations of DBT it ranged from 37 to 47.4%. Treatment abandonment among participants assigned to control groups also varied enormously (from 11.4 – 77.4%).

Many of the reviewed studies did not report on the adverse events that the authors used to evaluate the efficacy of the different therapies. Bateman and Fonagy’s (2009) study of MBT performed well according to these criteria while McMain et al (2009) and Linehan et al (1991) also performed relatively well in their evaluations of DBT.