Home » Posts » Mental health » eating disorders » One in 10 people in South East London report that they suffer from disordered eating, according to new survey 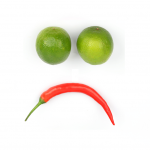 Historically, eating disorders have been discussed in a very black and white fashion; either you do or you don’t have one. Whilst this may be beneficial in terms of research and diagnosis, it isn’t particularly helpful for those that sit in the grey area between the two. People in this grey area are often referred to as having disordered eating, or a sub-threshold eating disorder and often find their symptoms as severe as those with a full eating disorder diagnosis.

The prevalence of disordered eating has been estimated to be around 6% and research has shown that individuals with disordered eating are more likely to have other psychiatric disorders, such as low mood or anxiety (McBride et al, 2013). However research has focused mainly on White European, or North American ethnicity, with less focus on Hispanic and Asian Groups, and has largely ignored men.

This issue seems quite topical at the moment with a recent Huffington Post news article discussing the stereotype that young Asian girls don’t suffer from eating disorders. The article raises the issue that although Eating Disorders Awareness Week has just been and gone we should continue to raise the awareness and understanding of eating disorders in less studied groups, such as men and ethnic minorities.

Solmi and colleagues have tackled this issue in their recent research which looks at the prevalence and correlates of disordered eating in the general population across gender, body mass index (BMI) and ethnicity, in addition to looking at patterns of service use. Eating disorder diagnosis is not a simple yes or no

This was a questionnaire study using The South East London Community Health (SELCoH) general population survey data in the London boroughs of Lambeth and Southwark. Computer-based questionnaire interviews were distributed to qualified participants, and all data was collected between June 2008 and December 2010. Researchers measured levels of drinking, smoking and drug use, as well as other behaviour

Overall the main finding was that 10% of participants in this inner-city sample reported disordered eating, which was more common amongst females, younger respondents, those with higher BMIs, and ethnic minorities. 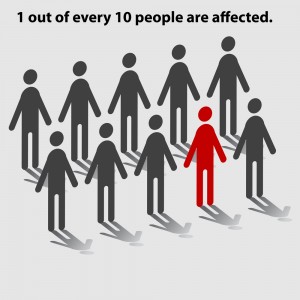 10% of the people surveyed reported disordered eating, according to the SCOFF questionnaire

Our findings thus suggest that disordered eating and ED [eating disorder] manifestation in ethnic minorities, usually underplayed, need further investigation in multi-ethnic and inner-city settings, where they are more prevalent The authors highlight that the findings of higher co-morbidity between disordered eating, anxiety, PD, PTSD, drug use, and hazardous levels of drinking, but this does not imply causation and further longitudinal studies are needed to research this.

Although the research indicates a link between disordered eating and co-morbidities, such as those outlined above it would be useful to research why this is the case.

Additionally, the measures used for PD, PTSD, and disordered eating were screening questionnaires which do not give sub-scales for different disorder related behaviour. Therefore a detailed analysis of specific associations between disordered eating behaviours and different PDs was not possible.

Furthermore, although there was a significant difference between males and females for disordered eating (specifically related to weight loss) the broad nature of the questions asked could have meant that further, more specific differences were not detected.

In order to increase the power to detect differences within the sample the authors collapsed a number of variables, such as a range of ethnicities into the ‘other ethnic background’. Therefore it was not possible to make conclusions about some ethnic backgrounds, compared to others.

Although 37.6% of the sample was from a non-white ethnic background, the authors note that future studies should aim to recruit bigger samples of ethnic minorities to increase the power, and precision of results.

Finally, as is true of most surveys, the data was self-report and may be subject to bias. It is also difficult to know whether there were people in the sample with Eating Disorder Not Otherwise Specified (EDNOS) which has gone undiagnosed. Some would argue that EDNOS is very different from disordered eating. Out of the total sample 4.4% of participants reported having received an eating disorder diagnosis but it would have been helpful to know what this diagnosis was. Ideally those with an eating disorder diagnosis should have been excluded from analysis if the conclusions of the research are solely about disordered eating. This 4.4% make up nearly half of those that reported disordered eating.

Despite these limitations, the study indicates the need to further consider and research disordered eating across gender and ethnicity. More detailed longitudinal research should investigate co-morbidity and associations between disordered eating and other psychiatric diagnoses. Research should also focus on barriers to service use, particularly in ethnic minorities, who may feel unable to seek help, or don’t have access to the appropriate level of care. Why Are Young Asian Girls Invisible When It Comes to Eating Disorders? By Akeela Ahmed.

You can find more information on Eating Disorders Not Otherwise Specified (EDNOS) from beat.