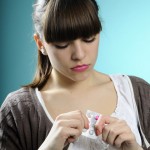 Anorexia nervosa (AN) is an eating disorder that is characterised by a body weight that is at least 15% below what would be expected, accompanied by deliberate weight loss (e.g. through excessive exercise or avoidance of high calorie foods) and a distorted body image with a fear of weight gain.

Whilst no single line of causality has been established, it is generally accepted that a combination of sociocultural and biological factors have a part to play, whilst some personality traits may also be a risk factor (Word Health Organisation, 1992).

AN has a prevalence of between 0.5 – 1.0% (Hudson, Hiripi, Pope and Kessler, 2007) and has typically been associated with females and adolescents, with recent research suggesting that more than 1 in 20 female adolescents are affected (Smink, van Hoeken, Oldehinkel & Hoek, 2014).

AN may be treated in a number of ways in primary care, inpatient and outpatient settings. At present, psychological therapies are considered crucial in the treatment of eating disorders, whilst pharmacotherapy may be an adjunctive treatment (NICE, 2004).  One rationale for the use of pharmacotherapy is the comorbidity between eating disorders and other mental health conditions such as depression and anxiety. A second rationale rises from taking a neurobiological approach to eating disorders and considering the biological drives towards appetite.

A number of types of medication may be prescribed, namely antipsychotics, antidepressants and hormonal therapy. However, the evidence base for these treatments is lacking. In particular, it is currently unclear to what extent any improvements born from pharmacotherapy may actually be a result of the placebo effect.

A recent meta-analysis therefore aimed to draw together existing research on the use of antipsychotics, antidepressants and hormonal medication versus a placebo in the treatment of eating disorders (de Vos et al, 2014). 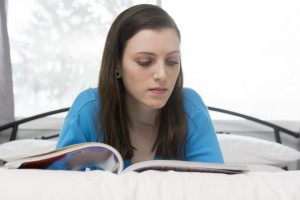 Anorexia is thought to affect more than 1 in 20 teenage girls. Outcomes were measured in terms of changes in weight.

18 studies with 869 participants were included in the analysis.  Of these:

When the three types of pharmacotherapy were combined, the difference in weight gain compared to placebo was significant, with an effect size of 0.33.

The difference in weight gain for hormonal medication versus placebo was significant, with an effect size of 0.42. Subgroup analyses were conducted and no significant results were found. Meta-regression analyses were conducted for weeks of treatment (slope = -0.008, p = 0.04), suggesting that shorter term hormonal treatment has a significantly greater effect than longer term treatment. However, it should be noted that heterogeneity for this condition was found to be high. This study found some evidence for the efficacy of hormonal medication, but not for antidepressants or antipsychotics.

Antidepressants and antipsychotics are the most commonly used medication treatments for anorexia nervosa in the Netherlands. Yet in both cases we failed to reveal efficacy when compared to placebo.

One of the main weaknesses of this paper is both the quantity and quality of studies included. It is also important to note that several of the studies included in the analysis did not report where their funding came from, which is particularly important in pharmacotherapy research.

Like many meta-analyses, language was part of the inclusion criteria and only English and Dutch papers were included. Furthermore, the inclusion of only published research may have created a bias due to the tendency towards not publishing non-significant results.

The key significant finding in this study was in relation to hormonal medication. However, as the authors highlight, heterogeneity was high for this condition, thus limiting our confidence in the results. They reported no evidence of publication bias in the hormonal therapy research.

All in all, this meta-analysis did a good job at drawing together the existing research in this field, but (as is often the case in eating disorders research) its value is limited by the lack of quality studies available.

I was also disappointed to learn that the only outcomes investigated in this study were related to weight. Whilst weight gain is undoubtedly one treatment goal, other aspects of the condition such as preoccupation with weight and body image distortion are also vital and cannot be ignored in clinical practice. 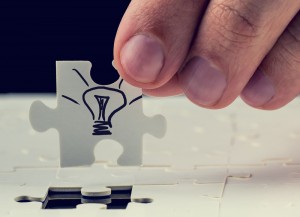 Better quality research is needed to support the prescribing of medication for anorexia nervosa.

Last reply was February 21, 2016
Try out our members features!