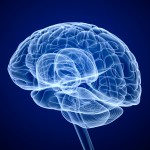 At the start of using neuroimaging to try and understand mental health problems, the focus was on a specific area of the brain that might be different.  As the methods have become more sophisticated, the ability to look at how different areas of the brain are linked into functional networks has developed.

Trying to unpick this complexity is a key task of current neuroimaging research.  As MRI scanning is not detailed enough to see how actual neurons connect together, researchers try and estimate functional links between different areas by seeing if the BOLD response (a proxy for some neural activity, but not all, see Swettenham et al, 2013) in one area is statistically associated with another area.

Changes to a series of different functional networks have been proposed to underlie both the susceptibility to depression (often called trait factors and see my previous blog for more on this) and/or actually having depression (state factors).  Gathering together different studies to get enough subjects to try and work out if these theoretical networks are indeed associated with depression is one aim of functional MRI meta-analyses.

Researchers from the UK tried to combine all the studies they could find that had used fMRI in depression and had published enough data to allow the findings to be combined.  They split the studies they included into 2 groups

And they excluded studies where there was no difference between the groups (n=4).

The studies included did not get participants to do the same task in the scanner.  This means that the results are a bit tricky to interpret, but if the same networks in the brain are affected by having depression, despite what the person is doing in the scanner, then it provides some evidence that these networks are important.

The researchers used two different statistical methods to combine these studies and compared the results.  The results overlapped for some findings, but not for others limiting the conclusions that can be drawn from this study.  They were keen to include as much data as possible (to increase power), but that was at the expense of how confident we can be in how specific the results are to depression. The researchers hedged their bets:

a meta-analytic description of the neurobiology of depression from fMRI both provides support for previous models, but also suggests some important differences

but they emphasised the big variation in what is currently classified as depression eg it includes ‘melancholia, psychotic depression and post-natal depression’, and therefore questioned whether ‘a single model of depression can be applied’.