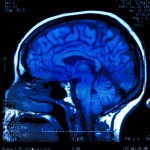 It’s a well-known fact that elves are allergic to unhappiness, so the fact that there are at least 350 million sufferers of depression worldwide1 is quite a problem. That’s before we’ve even mentioned the crippling mortality, morbidity and economic impact that depression causes.

The trouble is, our treatments for depression aren’t perfect. Less than a third of patients achieve remission within 12 weeks of starting a first-line antidepressant, and the positive effect that does occur takes at least 1-2 weeks to show up2. We’ve tried augmenting antidepressants with things like pindolol3 and T34, but nothing has grabbed the headlines. We need more options.

This is where repetitive transcranial magnetic stimulation (rTMS) is trying to carve out a name for itself. It involves passing strong magnetic currents through the left dorsolateral prefrontal cortex by means of a non-invasive coil, and is believed to be safer, easier and more acceptable than ECT. Each session in the course usually lasts around 20 minutes. The patient, who is sat in something resembling a dentist’s chair, is awake the whole time and feels little if any side effects.

In February 2013, The Journal of Clinical Psychiatry published a meta-analysis conducted by a team from Canada. They investigated whether rTMS improves response and remission rates when given concomitantly with a new course of antidepressants. The team had (interestingly) assumed that enough research had already been done to prove that rTMS has a significant effect both as a sole treatment and as an addition to an existing course of antidepressants.

The authors scoured the references of previous rTMS meta-analyses and several online databases for trials with the following criteria:

Trials which simply added rTMS to an existing course of antidepressants, those which looked at “narrow” diagnoses (i.e. PPD) and those which didn’t report recovery and remission rates were excluded, as were non-English language studies.

Response was defined as a >50% improvement on whatever depression rating scale was used in the trial (MADRS or HDRS). Remission was defined as the rating falling below a pre-set level (<7 or <8 for HRDS, <6 for MADRS). A total of 6 trials (5 from previous meta-analyses and 1 from the database searches) were found to be suitable. These trials included 392 participants (194 randomised to rTMS and 198 to sham rTMS). The mean time for first and final assessments (T1 and T2) were 2.67±0.82 and  6.80±3.11 weeks following the start of treatment respectively.

The authors found that at T1, data on response and remission was available from 6 and 4 studies respectively. Significantly, 43.3% of participants given rTMS were responders, versus only 26.8% of participants in the control group (p=0.025, NNT=7). However, there was no significant difference in remission between the groups (23.2% vs. 11.95%, p=0.33).

Depression severity at baseline and dropouts rates were not significantly different between groups.

Excluding the most positive trial, or trials that included bipolar participants, did not affect the results.

Although the authors found a low risk of publication bias, they acknowledged that the heterogeneity between effect sizes for some endpoints across the included studies was greater than would have been expected by chance. The studies were very different from one another in terms of the patients studied, the depression drugs given and the rTMS regimen given

This meta-analysis appears to support rTMS as effective when started at the same time as a new course of antidepressants, presenting meaty NTTs for both response and remission.

However, there are various limitations to the paper. Most of these are noted by the authors. The sample sizes were small, the trials were short and used different sham practices. Locating the dorsolateral prefrontal cortex from the outside of the skull can apparently be quite tricky too. Not mentioned by the authors is the heavy female preponderance of the participants (around 65% overall).

The authors only hint at a larger criticism; the heterogeneity of the trial protocols. The 6 trials used 7 antidepressants between them (from 3 different drug classes, at differing relative doses). The total pulses of rTMS that each participant received was different in each trial and ranged from 8,000 to 30,000. The frequency of rTMS delivered in each trial was only the same in 2 trials (and ranged from 5Hz to 20Hz). I’m no physicist but I can see that this prohibits sweeping conclusions about results.

In the same vein (and not mentioned in the paper) is the fact that some trials used participant groups who had previously been trialled on 1, 2 or even more antidepressants for their current depressive episode before being enrolled, whereas other trials used patients undergoing their first course of antidepressants. In my mind, these groups of patients are quite different, making general conclusions even more conjectural.

The authors describe rTMS as having been shown to be “effective for treating major depression”, yet on closer inspection their own references state that previous findings could have been confounded by blinding and sham issues5, that benefit from rTMS does not appear to lead to sustained improvement5, and that no reliable outcome predictors have been found amongst the jungle of small, heterogeneous positive results6. Bizarrely, one meta-analysis that was referenced found that rTMS worked far worse with an antidepressant than it did alone7.

It is this kind of uncertainty that has led NICE to assert that rTMS should still only be used in research settings8. The relevant Cochrane review (albeit in 2001) was inconclusive9. The treatment, in Britain at least, remains rare.

As always, we need more evidence.