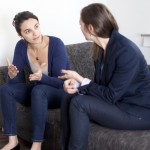 Scientific studies comparing treatments for depression and depressive disorders keep the mental elves very busy. Most months we are asked to blog on about 3 newly published reviews on this hot topic. The interest in research on the treatment of depression comes as no surprise, when one considers that depressive disorders affect a staggering one-fifth of people in high earning countries at some stage in their lives (e.g. Jacobi et al).

The BBC recently reported on a study carried out by SSentif  –  a data analysis company – which showed that nearly 5 million people were registered sufferers of depression in England in 2011 and that this figure represented an increase of almost 11% in 3 years (SSentif);   the WHO predicts that depression will become the number 2 cause of ill health in the next 20 years (e.g. Mathers & Loncar).

Most sufferers of depression are offered medication (mainly antidepressants) and/or psychotherapy (“talking therapy”) and both have been repeatedly shown to help alleviate depressive symptoms.

Talking therapy is a catch all term covering a whole range of different schools (psychodynamic, humanistic, cognitive and behavioural) and within these schools scores of different models. It is accepted that talking therapies benefit depressed people; it is less clear which (if any) is the preferred approach.

A recently published meta-analysis (Barth et al) reviewed the scientific evidence on a variety of psychotherapeutic approaches in an attempt to examine the relative efficacy of seven different psychotherapeutic interventions in adults with depression. The review included 198 studies of the effects of talking treatments.

What did they study?

Researchers from Switzerland, the UK and The Netherlands conducted the study. It reviewed 14,237 references (using PubMed, PsycINFO, Embase, Cochrane, WHO Afro Library) and included 198 randomised trials, which met all of the studies criteria – essentially studies that assessed the efficacy of psychotherapies against a control cohort and excluded any study which included any additional depression specific medication(s).

They identified 5 descriptive categories across the 198 studies:

The study gave clear definitions and descriptions for the seven intervention strategies, which help the reader understand the differences and similarities of the talking therapies included.

What did they find?

Each of the seven forms of talking therapy was superior to a waitlist control condition (moderate to large effects; range d= -0.62 to d= -0.92). The authors also identified that IPT appeared to be more effective than supportive therapy. More in-depth comparisons (using stepwise restriction analyses by sample size) demonstrated robust effects for CBT, IPT and PST (all d>0.46).

What did they conclude?

Based on 198 publications testing the benefits of talking therapies, which included over 15,000 adults with depression, the authors concluded:

Overall our results are consistent with the notion that different psychotherapeutic interventions for depression have comparable benefits. The ability of the review to draw definitive overall conclusions was limited by the clinical differences between the studies.

The authors identified a number of limitations of their study, including the fact that they included both clinician ratings and self-reporting ratings, which are known to differ (clinicians tend to find greater levels of recovery when compared to patient rated studies). The study was also limited to studies carried out in Western countries. It was also impossible to assess long-term effects of the treatments studied.

In addition to the limitations the authors emphasised, this study also seems to somewhat limited by:

Due to this heterogeneity between the studies, the review cannot tell us definitively which treatment is better, or whether there is an equivalence between them.

This study adds weight to the theory that people with depression gain significant benefits from talking therapies and seems to be suggesting that CBT, IPT and PST can be effective in treating this common mental health problem.

Depression up ‘by half a million‘ BBC Health News Online, 17 October 2012.