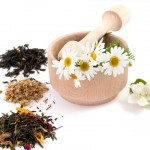 More people are seeking alternatives to traditional mental health care and as a result, knowledge about the use of complementary therapies by people with mental illness is increasing – particularly for those experiencing anxiety and depression. A recent survey of women with depression revealed that there is a push for more “natural approaches” that match with the individual’s own values and beliefs. CAM (complementary and alternatives medicines) are also something people turn to when they are unhappy with their existing care – users are more likely to have received mental health and primary care treatment and to be dissatisfied with their overall healthcare when compared to non-users.

Numerous systematic reviews and research papers have been published on the effects of Western herbs, such as St John’s wort (Linde, Berner and Kriston Lin, 2008) in the treatment of depression, but Chinese herbs have received less attention. The aim of this paper was to assess the evidence on Chinese herbal medicine treatments for depression based on previous systematic reviews of trials in the Western literature.

The supplementary review located eight trials and positive results were reported almost universally. Limitations in methods and reporting, however, make it difficult to draw any firm conclusions. Randomised controlled trials (RCTs) of the treatment of depression with Chinese herbal medicine were located by searching all of the major Western bibliographic databases. The review located eight trials, three of which were not included in previous reviews. A variety of herbal formulae (combination of herbs) were investigated including Hypericum (St John’s wort) and Xia Yao San.

RCTs were evaluated using two rating scales: the Jadad criteria and the Downs and Black checklist. The effects of the herbal formulae were assessed in seven of the trials by comparing scores on the Hamilton Rating Scale for Depression (HAM-D) before and after treatment. A range of self-report measures and clinical assessment were also used.

It was not possible to combine results to present any meaningful statistics as the herbal formulae and control treatments used, trial duration, and trial design all differed to such an extent. Where changes in depression scores were measured, clinically significant reductions were reported within groups with active treatment – either Chinese herbs or antidepressants and between-group comparisons suggested that Chinese herbs: There were some major limitations in this review. In the majority of trials the methodological quality was poor and all of the trials were either at risk of bias or the overall risk of bias was unclear:

There are also problems interpreting the results of these trials: Positive results were reported in all of the trials identified and in all but one of the systematic reviews, but despite promising results, particularly for Xia Yao San and its modifications, the effectiveness of Chinese herbal medicine in depression could not be fully substantiated based on current evidence.

The extent to which the results of the study can be used to determine whether Chinese herbs caused reductions in depression (internal validity) or can be generalised to other groups (external validity) is severely limited due to a lack of detail in the research studies. Further well-designed trials would be of interest!