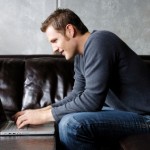 The reviewers conducted a systematic literature search and found 7 randomized controlled trials that met their inclusion criteria, with a total of 1,362 respondents. The overall quality of the studies was high. A post-hoc power calculation showed that the studies had sufficient statistical power to detect an effect size of d

0.23. There was no indication for significant publication bias.

This study showed that self-guided psychological treatment has a small but significant effect on participants with increased levels of depressive symptomatology. The next step is to examine whether such interventions can be implemented in routine practice in a stepped care model and whether the effects found in this meta-analysis will be found in regular clinical settings. We also encourage more research on predictors of outcome and reports of both responders and non-responders to unguided psychological treatment.