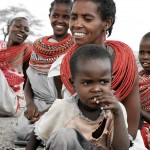 The authors conducted a comprehensive literature search dating back to the mid-1960s, to identify randomised controlled trials that compared psychological treatment with treatment as usual. 17 trials were included with the total of 3010 participants. All of the trials were conducted in low and middle income countries across South America, Africa and Asia. The authors noted that most of the studies included in this review were published between 2003 and 2008, which highlights an encouraging recent research trend in this field.

The mean effect size of psychological treatments at post-test was 1.02 (95% CI: 0.76~1.28), which corresponds with an NNT of 1.89. Heterogeneity was very high so the authors conducted a subgroup analysis, which found that cognitive behavioural therapy had significantly higher effect sizes than other psychotherapies.