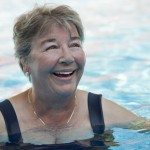 Due to increased life expectancy, populations around the world are ageing. Already, over one sixth of the UK population is aged over 65 years old, with pensions for this age group alone counting for one seventh of all public expenditure and higher NHS spending. As life expectancy increases, similar gains need to also be made in healthy life span to prevent rapid increases in spending on health care and social support.

Tackling depression in this age group may be important as depression in older age is associated with disability, poorer health outcomes, increased mortality and prolonged hospital stays along with reductions in quality of life (Rodda et al, 2011). It has been suggested that a simple exercise program for older adults could be effective in reducing depressive symptoms, but contradictory results have been published.

A new review aimed to investigate whether regular exercise was beneficial in reducing depression and improving quality of life and self-esteem in older people (Park, 2014).

To find studies, the authors searched several databases using relevant keywords. As the paper’s authors were based in Korea, they additionally searched 2 Korean nursing websites to ensure no Korean articles had been missed from the main database search. Articles returned by these searches were then checked to remove duplicates and irrelevant studies. From there, studies were then included in the review if they:

Using these criteria, 18 studies were identified for review: The review included many forms of exercise, from walking to Tai Chi, hence the obligatory senior couple frolicking on the beach picture

Using a regression model, standard mean differences (SMD) for exercise vs. control were calculated across 16 studies (2 studies did not list standard deviation and means and so were excluded). Few people question the value of walking through the woods. The question is, can we quantify the impact this has on clinical depression?

Exercise programs in older people are effective in improving depressive symptoms, quality of life and self-esteem.

Although this conclusion may be useful (exercise is a simple tool that could be readily applied as a treatment for depressive symptoms) there are limitations in the study that should also be considered.

Was it sensible to combine the various trials included in this review? We think not.

Read all of the Mental Elf blogs on Depression and Exercise.