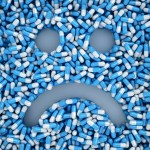 I don’t normally blog about non-English language publications, but this new evidence-based guideline from the Dutch College of General Practitioners caught my eye yesterday.

The guidance says that antidepressants should only be given as a first line treatment to people with severe depression and that those who only have depressive symptoms should be given a short course of psychotherapy and other help structuring their daily activities instead.

Over one million people in the Netherlands are prescribed antidepressants and the authors of the guideline say that this number is too high and GPs need help in telling the difference between depressive symptoms and severe depression.

The guidance is clear that a diagnosis of depression requires the presence for 2 weeks of at least 5 DSM-IV criteria, including one of two core symptoms: a depressed mood and loss of interest or pleasure in all activities for most of the day, every day.

It goes on to stress that this diagnosis of depression is quite different from the low mood and basic depressive symptoms that many people experience in their daily lives, as a natural reaction to loss or disappointment.

The guideline recommends antidepressant treatment from the outset only if the patient’s depression “is accompanied by severe suffering or social dysfunctioning or serious psychiatric comorbidity” such as anxiety or addiction.

It will be interesting to see the impact this guideline has on clinical practice. The authors have grand targets; hoping that the new approach will reduce antidepressant consumption by as much as 40%. GPs clearly face a difficult job in correctly diagnosing and treating people with depressive symptoms or severe depression, but this updated guidance suggests a new approach that may bear fruit if it is well implemented.

Last reply was July 2, 2012
Try out our members features!