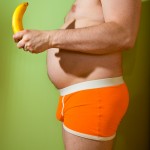 One of the major complaints of people on antidepressant medication is the effect it has on their sex lives. It does this in three main ways – it affects sexual desire, the ability to achieve and sustain an erection in men and alters the sensation of orgasms and ejaculation.

These side effects are one of the main reasons people stop taking their medication, with potential consequences for their mental health. There are a range of measures used to treat sexual dysfunction – behavioural, psychological and pharmacological interventions.

This systematic review by the Cochrane Depression, Anxiety and Neurosis Group set out to answer two issues:

A total of 23 trials, involving 1886 subjects were included in the review.

In 22 of these trials a medication was added to treat sexual dysfunction, and in the remaining trial subjects were switched to an alternative antidepressant. Can the little blue pills, that have received such widespread media coverage in recent years, help people who have sexual side effects from antidepressants?

There were six major findings: It may be that the positive findings of the trials in this review have been exaggerated and that the real benefits of these treatments are not as impressive as they sound.

Overall, the evidence base is somewhat scanty. For men with erectile function due to antidepressant use, the use of sildenafil or tadalafil appears to be an effective strategy.

For women, the strategy with the best evidence appears to be the addition of buproprion at higher doses.

One proviso pointed out is that given the small number of studies in this area, the presence of unpublished studies could have a substantial influence on the overall effect size.

Furthermore, the authors point out that some trials only reported particular items or subscales within rating scales suggesting that negative findings were suppressed, leading to the possibility that the positive effects reported might be exaggerations.