Home » Posts » Mental health » depression » Music therapy for depression in older adults: How can I be sure of you? 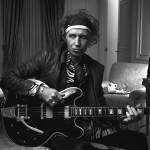 Unfortunately, depression in older adults is often inadequately treated as a result of complications due to other issues associated with ageing. For example, antidepressants and psychotherapy have shown some efficacy in treating depression in older adults, but antidepressants may have unwanted side effects in combination with other medications that older people are more likely to be taking, and both antidepressants and psychotherapy tend to have poor treatment adherence. It should be noted that this is often not due to the person receiving the therapy, but rather services failing to meet their often more complex needs. For example, medications may not be easy to access if you have arthritic hands and psychotherapy may not be easy to travel to regularly, even if you have a fast car.

As a result of its low cost, tolerability and relatively good rates of compliance, there has been an increasing interest in music therapy as an alternative treatment for people with various mental illnesses. You’ll note that effectiveness isn’t mentioned in that list. Music therapy is defined as the:

professional use of music and its elements as an intervention in medical, educational, and everyday environments with individuals, groups, families, or communities seeking to optimise quality of life and improve physical, social, communicative, emotional, intellectual, and spiritual health.

This definition is from the World Federation of Music Therapy so it’s no surprise it has a list of claims it would take you all night long to read. Basically, music therapy involves people who are trained in it, using music to try to make people feel better.

Generally, if I asked you to play word association with the word, ‘elderly’, music may not be the first connection you’d make. After all, people over the age of 60 years can’t make music. You imagine they’d take to it like an entomologist who had been made to kneel on a diamond while a stone rolled over their remaining beetle. Bob Dylan. Nevertheless, along with the increasing interest in music therapy for other mental health problems there has been increasing interest in music therapy for mental health problems in older adults. Especially in cases where the drugs don’t work. But does music therapy work? To find out, a systematic review was conducted. Everybody’s talkin’ about it. 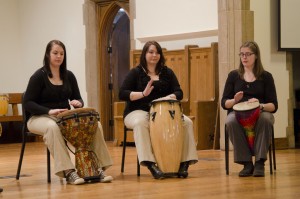 There has been an increasing interest in music therapy as an alternative treatment for people with various mental illnesses.

Studies were identified that evaluated the efficacy of music therapy for older adults with depression by searching PubMed, the Cochrane Central Register of Controlled Trials, EMBASE, PsycINFO and the other electronic databases that are used time after time.

To be included in the analysis, studies had to be randomised controlled trials as defined in the Cochrane Handbook, i.e. trials in which participants were allocated to conditions using true randomisation.

The systematic review included studies involving people aged 60 or older with clinical diagnosis of depression, identified using any diagnostic criteria (ICD-10/DSM-5) or depressive mood coupled with another disease, such as hypertension or Alzheimer’s disease. Studies that used healthy people to detect the efficacy of music therapy in reducing depressive symptoms were also included.

Studies looking at any type of music therapy were eligible for inclusion in the analysis. These could be comparing

The main outcome the review was interested in was whether music therapy resulted in a change in depressive symptoms (measured using a self-rated or independently scored scale).

Nineteen articles met the criteria for inclusion in the review. Ten of the studies used music therapy plus standard therapies to make comparisons with a control group.

While nine studies used adequate random allocation sequences for participants, the randomisation methods of the other studies included were unclear and merely indicated that participants were randomly allocated to a study group. We’ll come back to this, but for now we’ll let it be.

There WAS a significant difference for reduction in depression with music therapy plus standard care versus standard care. (Combined standardised mean difference = 1.20; 95% Confidence Interval = 0.66 to 1.75). There was evidence of heterogeneity among these studies i.e. they were different to each other.

There was no significant difference for reduction in depression with music therapy versus standard therapies. (Combined standardised mean difference = 0.60; 95% Confidence Interval = -0.08 to 1.28). There was evidence of high heterogeneity among these studies i.e. they were very different to each other.

Analysis revealed that publication biases likely affected the results of the meta-analysis (only studies that show a significant effect of music therapy for symptoms of depression are likely to be published, while those that show no effect are likely to languish in the not-published bin for the longest time). 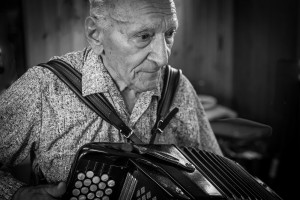 The authors state that when music therapy was added to standard therapies (standard drug treatment and/or standard care), ten of the 19 studies included show that it had a significant effect in reducing symptoms of depression in older adults.

They also claim that their meta-analysis suggests that music therapy has significant effects in reducing depression in older adults when added to standard therapy, but not on its own compared with standard therapy.

Through subgroup analysis of the relationship between depression and disease, the authors argue that music therapy had a positive effect in decreasing depressive symptoms among older adults with depression, but not in older adults with dementia. The authors conclude that as music therapy is relatively inexpensive with no noted harmful side effects, it warrants further study to fully investigate all potential benefits. 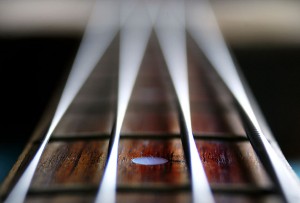 Despite the observation that ten of the 19 studies included showed that music therapy was effective, we know that these results are likely affected by publication bias. This is true to some extent for all research, but in combination with the relatively small number of studies included in the review, it means that we have to interpret these results with caution, no matter how much faith you have in music therapy.

The population being studied doesn’t appear to have been made very clear in this research. We know that the effectiveness of music therapy for older adults is being investigated, but we don’t know exactly what the therapy is for. The primary outcome was reduction in depressive symptoms, but was this for people who were depressed due to chronic illness, people with major depressive disorder or the older adult population in general? These are potentially very different groups with very different needs who may react to therapy differently.

To be clear on its efficacy, music therapy must be studied in more specific groups. Ultimately, this would also help with deciding who should be ‘prescribed’ it. Music therapy might make people feel better in the short term, it might be low cost, but to be considered a true therapy it has to work, and while two out of three ain’t bad, the last one is important.

The authors noted that for many of the studies the method of randomisation wasn’t clear. It could be argued that if this was the case, those studies shouldn’t have been included in the analysis. The inclusion criteria specified true randomisation was needed, but the authors still included studies where it wasn’t known if this was the case. This also obscures the usefulness of the results and must be corrected if the researchers want to be dancin’ on the ceiling.

Finally, one argument made in favour of music therapy was that it has no side effects. However, very loud music or particular types of music may make some people feel uncomfortable or irritated. In addition, as with talking therapies, music therapy may trigger strong reactions or evoke memories which might be very unpleasant. One could argue that this is more likely in older adult with depression. While a music therapist should be trained to support people if this occurs, to say that music therapy has no side effects is potentially misleading. This issue was not explored in this systematic review. In conjunction with any future study into the efficacy of music therapy, more research into any potential side effects must be included. That would be good. 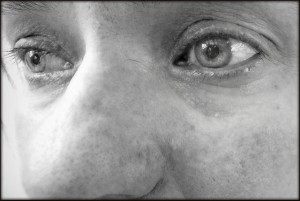 Music therapy may trigger strong reactions or evoke memories which might be very unpleasant.

If you were to have to summarise such a study, you might have to amuse yourself by trying to get the names of songs into the text, although you’d have trouble getting away with it. Unless you were a smooth criminal. 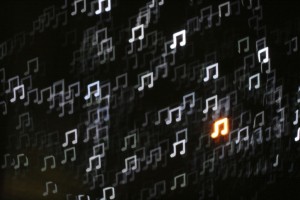 How many song titles can you spot in Dave’s blog. Answers in a tweet!