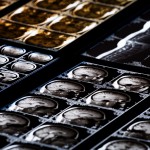 It has long been documented that there are clinical differences between depression and bipolar disorder, but to date there has been no reliable study that shows differences in structural brain abnormalities in the two disorders.

A research team from the Institute of Psychiatry in London have published a meta analysis that investigates structural brain changes in depression, looking at primary research which assesses the effects of medication, demographic and clinical variables; and compares the findings with those of a meta-analysis of bipolar disorder studies.

The researchers searched a range of databases and identified studies going back to 1980.  They found 225 studies that used magnetic resonance imaging or x-ray computed tomography to compare brain structure in patients with depression. 143 studies measured common brain structures and were selected for meta-analysis.

They measured a number of different variables:

The meta analysis brought back some interesting results: