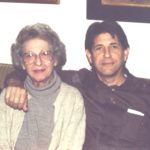 In the face of austerity, a housing crisis and global warming, it can all feel a bit hopeless these days. Thank goodness for regular elf blogs that keep the positivity flowing. Here’s another summary of recent research that provides some hope to light up the gloom.

We know the recession affected people’s mental health, as well as suicide rates (Parmar et al, 2016). There is likely to have been a range of impacts on different groups in society. More and more young people are continuing to live with their parents (Kaplan, 2012), and ‘adolescence’ is threatening to stretch into middle age. But is it all really bad news? Might there actually be a silver lining to some of these changes? And for whom?

A paper published in ‘Social Science & Medicine’ late last year argues there is (Courtin & Avendano, 2016). The authors explored the effect, on parents, of adult children living at home. They go as far as suggesting it has a beneficial effect on older parents’ mental health. So is it really best to share a roof? Or are we lacking the necessary ‘proof’…?

This is an original research paper, analysing data on over 50,000 people. The authors used three waves (2004-10) of the Survey of Health, Ageing and Retirement in Europe (SHARE project), collected around the time of the Great Recession. They set the scene by highlighting a recent reversal in the trend of older people living without their adult children. We are then reminded of the high prevalence of depression in old age across Europe (e.g. 18% in Denmark and 37% in Spain), and the importance, therefore, of identifying the impacts of such living arrangements on depression. They argue their approach (an ‘instrumental variable’ or ‘IV’ approach) has a major advantage over the extant literature in this area. Crucially, they suggest they can demonstrate causality in any relationship between co-residence and depression.

If achieved, this is of major relevance to similar work in psychiatric epidemiology/social psychiatry. The implications are significant because most epidemiological work can usually demonstrate two variables are associated with each other, but not necessarily that one causes the other. For example, I could measure blood alcohol levels and depression. If I find the two are associated, that is all I can usually conclude, i.e. I can’t tell if consuming alcohol makes you depressed or vice versa, or there may be no causal link at all, and some other factor is driving the behaviour (e.g. life stress) (see figures 1 and 2 below). There are relatively simple ways to factor in potential ‘confounding’ factors in statistical analysis, but only if you have thought of, and therefore measured them, in the first place.

One method used to try to tackle these issues, and demonstrate one variable causing change in another, is the ‘IV’ approach.

New to the technique myself, I enlisted the help of my epidemiologically-minded colleagues Gemma Lewis and Joe Hayes to understand it in principle and share (and be challenged on!) what I learnt.

Instrumental variables have been in use in different fields for over 70 years, but are relatively uncommon in epidemiology; in particular psychiatric epidemiology. 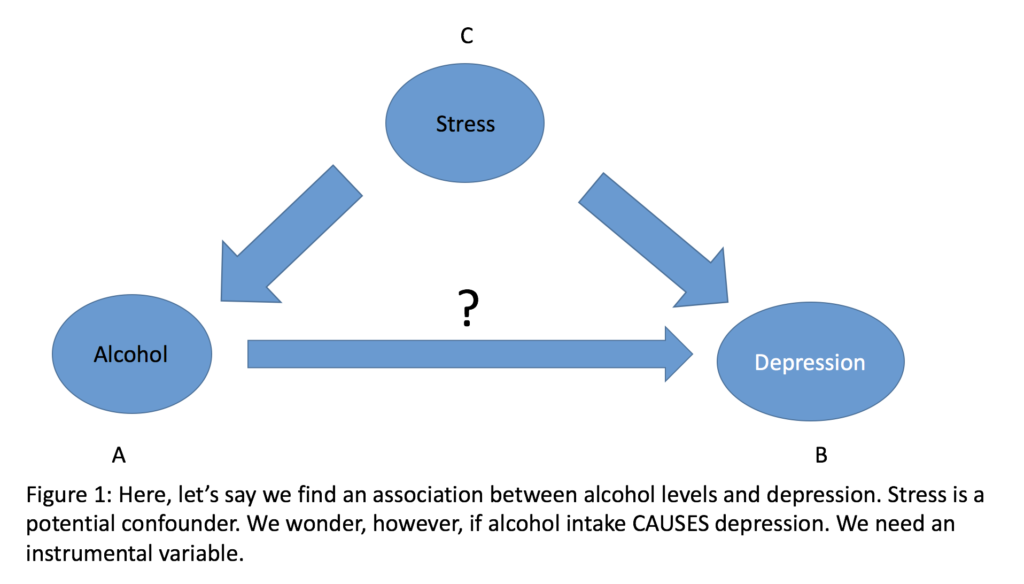 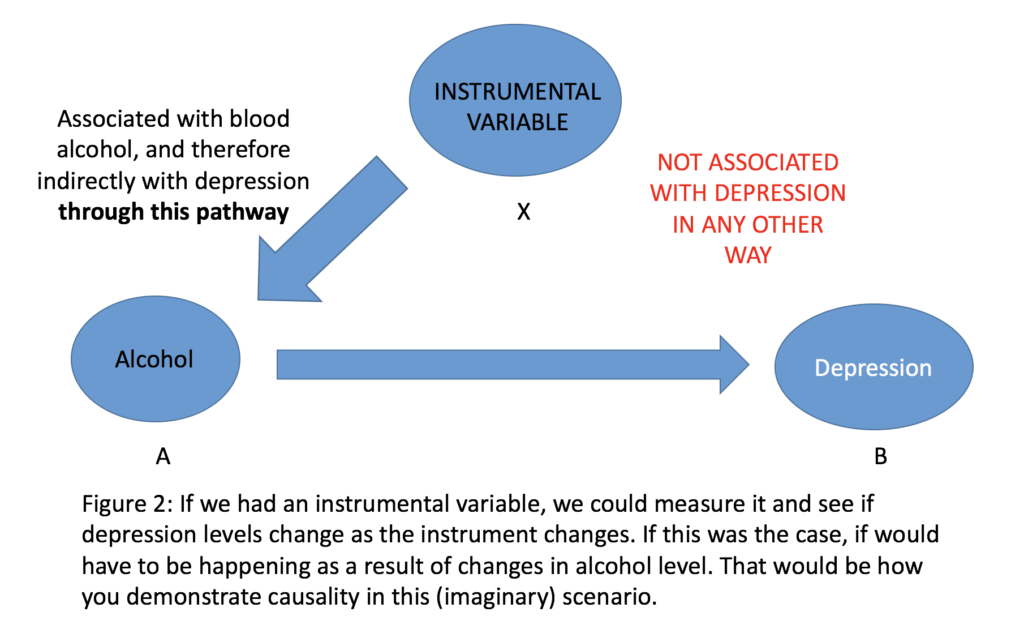 In Figures 1 and 2 (above), in our (fictitious) blood alcohol and depression study, ‘A’ is associated with ‘B’ , and ‘C’ are all other possible variables that are associated with both ‘A’ and ‘B’ (an example of ‘stress’ is given here). In order to be a valid instrumental variable (X), the following conditions need to be satisfied (see Greenland, 2000 for a more detailed description):

Of note, a scenario where psychiatric epidemiologists do claim to have a valid variable to demonstrate causality is when conducting Mendelian Randomisation studies (Sequiera, 2017), which take advantage of the fact that a germ cell containing a particular allele is inherited (at conception) independent of the environment (principle of segregation) and that allele pairs segregate independently of each other. That is, if a piece of genetic information (allele) is strongly associated with a predictor (‘A’ in our example), then because of the ‘random’ Mendelian processes involved it should not be associated with any potential confounders or the outcome.

However, demonstrating a variable meets the requirements for being an IV outside of such genetic studies is very difficult. We can’t assume random allocation of social or clinical variables in this way.

Back to co-residing and depression…

The authors (Courtin & Avendano, 2016) ask: does co-residence with adult children affect older parents’ likelihood of being depressed? It is quasi-experimental and uses the IV analysis approach discussed. 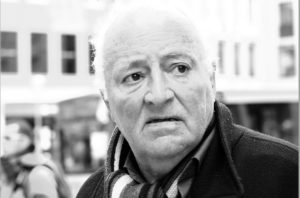 This study aimed to find out if co-residence with adult children affects older parents’ likelihood of being depressed.

Data was obtained from a nationally representative survey (SHARE), which is a strength, and it included information on people aged 50+ in seventeen European countries. The overall response rate is decent at 62%, and data is collected in 2004, 2006 and 2010, which would seem to capture the official period of the Great Recession (though some would say it ended as late as 2013). The final sample size is 50,043.

The Euro-D scale of depression was used to measure the main outcome, and is a good choice in older people in this context.

Co-residence was measured using a binary variable (you either have adult children living with you or not).

A range of other sociodemographic factors were measured, including age, gender, marital status, educational level, household income, financial distress, whether receiving a pension, chronic diseases, unpaid support from outside the household and limitations in activities of daily living.

The authors chose the ‘country-, year-, age-, and gender-specific unemployment rates’ for the children. They argue that variation in these country-specific rates is exogenous to the mental health of older parents, ‘most of whom are retired.’

They take steps to demonstrate the chosen ‘instrument’ satisfies the necessary criteria, but also admit it is impossible to show the instrument has no impact on parental mental health other than indirectly through co-residence. It seems plausible it could indeed be related to parental mental health through other indirect routes, so I’m not totally convinced it satisfies the ‘exogenous’ criterion, and therefore it may not be a valid instrumental variable.

When describing characteristics of the parents who were co-residing versus those that were not, they highlight that parents co-residing differ from those not co-residing in a number of ways, including having higher depression scores.

They go on to conduct ‘ordinary’ (i.e. ‘non-IV’) regression analyses and interestingly do not find much evidence of an association between co-residence and depression in the parents. The relationship was in the same direction as the results in the IV analysis, but did not reach statistical significance.  The instrumental variable analysis suggested co-residing did predict lower depressive scores (-0.731, SE 0.27, p<0.01). They offer an effect size (Cohen’s d) of co-residence (as estimated using the instrument) on depression of 0.3 (small to medium effect size, but comparable to that of being widowed in older age).

They also conduct sensitivity analyses to assess the robustness of their findings under different conditions, including considering only parents who were homeowner-occupiers (about 70%) and testing whether their results were robust to incorporating information on the age of the children. 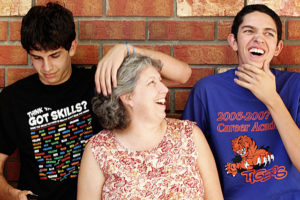 This was an ambitious and intelligent paper, attempting to take on the longstanding challenge of demonstrating causality in social psychiatry in a large group of people. The argument for using an IV analysis approach is strong, the methodology rigorous, and the results of interest (though not necessarily consistent with other studies in different countries). My main concern is that I am not convinced the instrument they chose has been convincingly shown to be a valid one. That would potentially invalidate any IV findings, and interestingly leave us with the ‘ordinary’ regression findings (which were that there was no association between co-residence and parental depression).

All in all, I appreciate this is an important research question, especially given my interest in loneliness and social isolation and associated health risks. Older people living alone are at high risk of developing longstanding feelings of loneliness and suffering the associated health impacts, so it is helpful to better understand whether having children (and/or grandchildren) at home can have a positive effect. If the results are indeed valid, it adds to a wider evidence base that living alone is associated with depression (and other poor health outcomes) in older age. Whether living with adult children has effects over and above living with a friend/partner/people in a care home etc has yet to be determined. The quality of the relationship between parent and child(ren) may also be of relevance. In addition, consideration of the effects on the adult children themselves is important.

I am left unconvinced of any definite causal relationships in this instance, or at least feeling we need more research to conclude the strong assumption of causality. I hope this will be instrumental (no pun intended) in driving further discussion on the validity of such an approach in answering these types of questions, and I would be happy to be educated further on the matter! 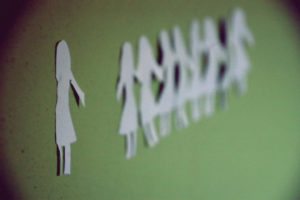 Older people living alone are at high risk of developing longstanding feelings of loneliness and suffering the associated health impacts.

I am grateful to my colleague Dr Joseph Hayes for his useful insights into IV analysis.

Listen to an interview with the lead author of this study, Emilie Courtin on All in the Mind on BBC Radio 4.