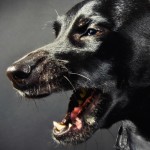 Anyone who has ever been depressed knows that there is always a chance that the condition may return. We know that the more episodes of depression an individual has, the more likely they are to have further episodes, so it’s vital that we do all that we can to prevent relapse after depression.

This feeling was expressed beautifully by Nick Drake in his 1974 song Black Eyed Dog, recorded just a few months before his death from an overdose of antidepressants:

I’ve written dozens of blogs over the last few months about antidepressants and psychological treatments for depression. High quality studies show that both of these treatments (and also combinations of drug and talking therapies) can be very effective at improving depressive symptoms.

The research tells us less about low intensity psychological interventions, i.e. those that don’t involve therapists quite as much. Clearly there’s lots of interest in things like computerised CBT, guided self-help and structured group physical activities, partly because they are cheaper but also because they encourage self-management, which is very much the way to proceed if we are thinking about preventing depression from recurring.

So it’s great to see a new health technology assessment conducted by a team in Yorkshire that sets out to systematically review the clinical effectiveness and cost-effectiveness of low-intensity psychological or psychosocial interventions to prevent relapse or recurrence in patients with depression.

For the purposes of this review, the authors defined low-intensity interventions as:

The authors searched far and wide for randomised, quasi-randomised and non-randomised studies with concurrent control patients, as well as full economic evaluations that compared two or more treatment options and considered both costs and consequences.

Studies involving adults and adolescents who were being treated for depression (not bipolar disorder) were included, but relatively few relevant studies were found. Only 17 trials were included and the authors felt that only 1 US-based RCT was directly relevant to the main focus of the review. The study involved providing patients with face-to-face, telephone and postal contact with trained ‘depression specialists’, but unfortunately it reported no difference between patients receiving the intervention and those receiving usual care in terms of relapse of depression over 12 months.

The study also found that the intervention may be a cost-effective use of resources when compared with usual care, but there was some uncertainty about how applicable the results of the US trial would be to the NHS.

There is inadequate evidence to determine the clinical effectiveness or cost-effectiveness of low-intensity interventions for the prevention of relapse or recurrence of depression. A scoping review of brief high-intensity therapies indicates that some approaches (e.g. MBCT in a group setting) have shown promise in some studies, but findings have not been consistent.

There is a need for further primary research, and careful consideration should be given to the scope of such research to inform this issue. It is important to evaluate the broader patient pathway accounting for the heterogeneous patient groups of interest.

Future RCTs should be conducted in a UK primary care setting and include adult participants in remission or recovery from depression. They should evaluate the quality of the intervention and consistency of delivery across practitioners where appropriate. The occurrence of relapse or recurrence should be measured using established methods, and functional outcomes as well as symptoms should be measured; data on QoL using a generic instrument, such as the EQ-5D, should be collected.

In the woodland we listen to a lot of Nick Drake, especially in the autumn.