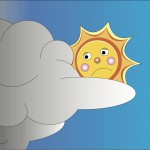 Vitamin D is involved in many brain processes, including having a regulatory role of the nervous system and influencing general brain development. These known functions have raised a long held question, might vitamin D deficiency be associated with depression?

Some studies have shown a strong relationship between vitamin D and depression, while others have shown no relationship. Recently, researchers from McMaster University undertook a systematic review and meta-analysis to better answer the question, is vitamin D deficiency associated with depression? Their findings were published in the most recent issue of British Journal of Psychiatry.

The researchers, led by Professor Rebecca Anglin, searched 6 databases for depression-vitamin D studies and two trial registries for unpublished data. They searched for randomised controlled trials, case-control studies, cross-sectional studies and cohort studies, in which depression was the outcome of interest and a vitamin D blood measurement was drawn as a potential risk factor or intervention.

They screened 5485 studies and of those, nine cross-sectional studies, three cohort studies and one case-control study met their criteria for a meta-analysis. No randomised controlled trials were found or included.

For the nine cross-sectional studies that measured rates of depression and vitamin D in a population at a single point in time, the odds ratio (OR) for having depression for people with the lowest vitamin D levels was 1.31 (95% Cl 1.00-1.71, p=.05) compared to those with the highest. This was non-significant but a trending result. The upper-threshold for lowest vitamin D levels in these studies ranged from 25 nmol/l to 50 nmol/l while the lower-threshold for the highest ranged from 50 nmol/l to 75 nmol/l.

Overall, the summary estimates of all analyses suggest a relationship between vitamin D and depression.

However, they point out that quality of evidence from each study is low and therefore there is still some uncertainty about the relationship between vitamin D deficiency and depression.

Given the high prevalence of both vitamin D deficiency and depression, an association between these two conditions would have significant public health implications, particularly as supplementation with vitamin D is cost-effective and without significant adverse effects. The observational studies to date provide some evidence for a relationship between vitamin D deficiency and depression, but RCTs are urgently needed to determine whether vitamin D can prevent and treat depression.