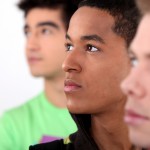 Is it possible to work out which of two adolescents sitting before you complaining of unhappiness, which one will go home and sleep it off and which will go on to develop an episode of major depression?

Has the biological revolution in psychiatry finally come to fruition with a useful biomarker for making treatment decisions?

Is the stress system the location of the fundamental lesion in unipolar depression?

The gold standard for the diagnosis of depression is still a clinical interview, relying primarily on patients reporting depressive cognitions and behaviour. Though there have been a large number of biological abnormalities detected in depressed people, none of these have proven reliable enough to serve as a biological marker.

However, of all these findings, increased levels of the stress hormone, cortisol, is one of the most robust (though, by no means, ubiquitous). This fits with the generally accepted understanding that depression results from chronic stress in vulnerable people. Accumulating evidence suggests that this process is underpinned by a dysfunctional stress system, often manifesting in increased levels of cortisol. Cortisol also seems to have the fingerprints of the culprit in depression – possessing an ability to reduce hippocampal volume, impair neurogenesis and induce neurotoxicity in excess.

The authors of the present paper therefore set out to determine whether a measure of cortisol could improve predictions of who would develop depression over and above self-reported depressive symptoms alone. The so-called stress hormone cortisol has been shown to reduce hippocampal volume, impair neurogenesis and induce neurotoxicity in excess

They did this by examining data gathered from two cohorts of teenagers (n=660 and 1,198) who were assessed at baseline on self-report of depressive symptoms using the Moods and Feelings Questionnaire (MFQ) and had their morning salivary cortisol levels measured. The teenagers were subsequently re-assessed at intervals on the MFQ.

Their patterns of depressive symptoms and cortisol levels were used to divide the teenagers into groups using a statistical technique called latent class analysis.

The outcome measure was the presence of a DSM-IV diagnosis of depression at the end of the study period as determined by a semi-structured interview.

The authors examined whether teenagers from the the different classes had differing chances of being diagnosed with depression.

Cohort 1 was also given a cognitive test to assess their degree of overgeneral autobiographical memory (found to be more present in anxious and depressed people and thought to predict the development of depression).

The authors conclude that the use of morning cortisol measures in adolescent boys may help stratify adolescents with depressive symptoms into those more or less likely to develop depression; with higher levels of cortisol associated with greater risk.

The authors suggest that the mechanism underlying this finding is a stress hormone-moderated process associated with impairments of autobiographical memory.

There are studies showing that boys produce higher levels of cortisol under stressful conditions and the authors speculate that boys may be more vulnerable to the neurotoxic effects of cortisol than girls.

The authors do point out that there were cases of depression that did not involve increased levels of cortisol, indicating that the process of developing depression is unlikely to involve a single pathway. Not all cases of depression involved increased cortisol levels

There are a number of limitations to this study:

This study demonstrates some utility of a biological test in stratifying adolescent males with depressive symptoms, but questions remain to be answered before such a test could be adopted clinically.

This paper does open up further interesting avenues of research:

It also raises the intriguing question of the gender difference between boys and girls:

Answering these questions would provide a great deal of understanding about the trajectories from stress to depression. Do males and females process stress differently in terms of psychology, hormonal response and the sensitivity of our brains to stress hormones?