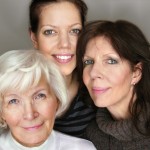 When trying to understand more about about mental health problems one of the big questions is: are the results of a study due to how the person is currently feeling or are the results due to a predisposition to how they are feeling now? While often the answer will be a bit of both, researchers can try and tease these apart by using more sophisticated study designs. One way to do this is to recruit the relatives of people with serious mental illnesses, who are at higher risk of developing the illness themselves (1). These people start participating in the study before seeing any mental health professionals and are then seen by the research team over a number of years. Some of these people will subsequently develop an illness and the information gathered allows researchers to try and work out whether any differences between individuals at the start of the study predicts the later development of an illness. Don’t forget, us elves look beyond the headlines to bring you the full story

Because of the relatively robust nature of this type of study method it can lead to the BBC, STV and others headlining stories like: ‘Depression could be diagnosed before onset, study suggests’ (2). Here at the Mental Elf we like to delve a wee bit deeper to understand studies like this and hopefully can help you understand why this study is really interesting but the findings do not quite match the reporting in the mainstream media.

Researchers in Edinburgh have long experience in running this type of study: both in schizophrenia and bipolar affective disorder. For this study they recruited people who had either a parent, sibling or child with bipolar affective disorder alongside a control group with no family history. Both groups had a psychiatric assessment and were excluded if they had any personal history of mood disorder or psychosis. After two years the majority of participants were reinterviewed by the same psychiatrists. For those who did not attend the second appointment (21%, no significant difference between the groups) their GP provided information about whether they had experienced an episode of mental illness over the preceding 2 years. Some missing word headlines are easier than others

At the first assessment all the participants had an MRI scan. This included using fMRI to examine the brain activity associated with the Hayling sentence completion task. This task asks participants to think of an appropriate word to complete a sentence, e.g. He posted the letter without a ____ . The task can be manipulated to make the completion harder: by making the sentence more ambiguous.

58 controls took part in the study. Of the 98 people with a family history of bipolar affective disorder involved, 20 experienced their first episode of depression during the two years between the assessments. Therefore three groups were compared:

The analysis of the data followed standard procedures and was robust. Mood symptoms at the time of scan were taken account of when analysing the task activation patterns, but measures of personality were not. Fig 1: Pattern of activation whilst completing the sentence in the Hayling Sentence Completion Task. Red shows areas that are more active than the rest, blue show areas that are less active.

These findings suggest that there is a pattern of abnormal brain activation that predicts major depressive disorder in young individuals at high familial risk which is related to trait liability measures of mood disorder but not to current symptomatic state.

And that it can offer interesting insights into the potential biology of depression:

This fits with cognitive models of depression where there is suggested to be a disproportionate allocation of resources to the internal experience of emotional responses, and a withdrawal of responses from higher order cognitive processes involved in the reappraisal of negative emotions.