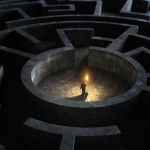 When the government’s Dementia Strategy was published in 2009 it focused on ways in which dementia can be at the forefront of current health policy and ways in which improvements could be made in the diagnosis and treatment of dementia across the UK.

When the current government developed the ‘Prime Minister’s Dementia Challenge’ (Department of Health 2012) the practical needs of people with dementia, and people who care for people with dementia became less of a focus with care and treatment being interpreted through diagnosis rates and use of antipsychotic medications, measurable aspects of treatment which focused on health rather than social care.

Social care is often where most dementia care is delivered so the push towards integrated health and social care systems touches on dementia practice possibly more than any other area and it is here that the research is best placed to act.

Dementia isn’t going away and the keys to providing better dementia care lies in listening to those who experience the services as users and as carers. This is where the research paper was focused. The paper begins with a literature review, giving a background to previous research which relates to the experiences of carer’s of people who have dementia before a brief explanation of the data sources which were used. For this study, there were three main methods used to collect data.

People were recruited to the study through organisations including carers’ groups through the Alzheimer’s society and the Princess Royal Trust for Carers (now Carer’s Trust). Emails were also sent to thirteen dementia related organisations and on four online discussion groups to ask for people to take part.

The study breaks down the participants by age, gender, class (self-defined), relationship with person they were providing care for and type of dementia as well as whether the person they cared for lived at home or in residential or nursing care. The vast majority of participants were identified as white. ‘Fighting’ language was used to describe the challenges faced trying to access health and social care services, rather than a battle with the ‘disease’ as policy describes.

In the questionnaire, people were asked where they received support and information from. High levels of respondents (82%) accessed websites with 55% accessing support groups and 40% having used online support groups. Only 3% had not accessed any support or information. Questions were asked about perceived stress levels and the standards of support they received from professionals.

Beyond the statistical information provided by the questionnaire, there were focus groups and interviews which provided a mine of information to flesh out the figures.

One response which was particularly good at summarising the experiences people faced was that:

It’s a huge maze, the system, it’s a terrible maze and you – you come up against, I won’t say brick walls, but, you know, dead ends practically everywhere you turn.

Other vignettes are presented where participants talk of being pushed between health and social care systems and finding where responsibility lies for specific services (if they exist) is unclear.

An example is given of someone who had support from a social worker, memory service and their GP speaking with each other but not to people using the service or their carers. This was a theme that was highlighted regarding identifying difficulties in accessing resources or not knowing where to go to access resources.

Thirdly, the paper presents an analysis of the use of ‘fighting’ language relating to access to health and social care services, rather than a battle with the ‘disease’ as the Prime Minister’s Dementia Challenge (2012) does.

The use of this study lies in some of the firmer evidence for attitudes and anecdotes that many working in health and social care with people with dementia will be familiar with.

Talk of complexities of systems does not need a great deal of scratching to uncover but it’s useful to have this presented as one of three strands of challenge along with the lack of resources or rather, lack of information about resources. Both of these issues relate to the ‘fighting discourses’ and create possibilities to focus change in the provision and information about services for people who care for those with dementia.

The main limitation in the study is the self-selecting groups who were surveyed and interviewed. As the call for participants came through third sector organisations and online support groups, it may follow that those who respond have more access to support.

The introduction of the analysis of the language of fighting and battles seems to fit into both the identified concerns raised – namely that services are complex and sometimes people fall between the gaps. Services are disparate and there’s no easy way to ensure consistent national access to information for carers of people with dementia, as there are no consistent national provisions available. The variation nationally, is enormous.

The study did monitor ethnicity and only 1.5% (3 out of 183) respondents were identified as non-white. The study was not able therefore, to pick up on differences in access based on culture and ethnicity, which would be useful to explore further to focus improvements in information. Clear explanations should be given so that people are left with reasons for gaps rather than a feeling of being batted between two systems.

The key issue to take into practice is the confusion which results in the health and social care systems for people who care for those with dementia. There isn’t a quick solution to this because the systems are complex and often make little sense to those who work in them, but it emphasises the importance to include and explain to those who are both new entrants to this ‘system’ and to carers who are making their way through the system.

Information can be provided in many forms and while most of the respondents to the survey used websites and books, there’s scope for information in many formats and for different stages of the paths.

It’s harder to tackle the issues of lack of resources or the resources not meeting the needs of those who are carers for people with dementia except to provide clear explanations and to ensure that there is transparency in all interactions with professionals in the health and care systems so that people are left with reasons for gaps rather than a feeling of being batted between two systems. There are no road maps for the health and social care system, but information given at the right time can help to guide service users and carers.