Home » Posts » Mental health » dementia » Statins have no beneficial effect on cognition in dementia, but can cause serious side-effects 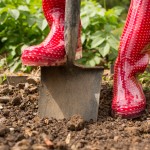 Well this was an interesting review for all sorts of reasons.  I have to admit I had never considered statins as a possible treatment to improve cognitive function in dementia.

Statins are of course the cholesterol-busting drug of choice which seem to be heading inexorably for our water supply (I am only slightly exaggerating….). Personally I am right behind Ben Goldacre in my scepticism about what proponents say is a “harmless” life-saving preventative treatment.

Correct me if I’m wrong, (it does happen) but in the general population your risk of having a heart attack is reduced by 0.5% if you take statins. For me personally, that’s not a great reason to take a very powerful drug every day for ever.  I don’t think many of the people taking or prescribing statins know that statistic.

However, some people who are at increased risk of heart disease and stroke will reduce their risk a great deal more than this by taking statins, but because we’re not quite sure who these people are, statins are now the most widely prescribed drug in the developed world. Millions and millions of people take them every day. Despite this, there has been no coordinated effort to systematically identify and document the effect, positive or otherwise, these drugs are actually having in routine clinical practice.

I also have a bit of a problem with vulnerable dementia sufferers being used as a potential new market for just about any drug going.  Perhaps I am being cynical. There is considerable uncertainty about the risks and benefits of statins

Statins for the treatment of dementia is an update of a Cochrane Review originally published in 2010.  Its primary objective is to assess the clinical efficacy and safety of statins in treating Alzheimer’s Disease and Vascular Dementia.

As with all Cochrane Reviews, the researchers used the extremely rigorous systematic review methodology to ensure that all trials ever conducted on the subject were identified and assessed for inclusion and analysis. I had a quick look at the Cochrane Dementia Review Group’s online specialised register of controlled dementia studies – ALOIS, and as you would expect, most of the studies were looking at statins for prevention, rather than as a treatment. Interestingly, I noticed there was a study record of a commercially-sponsored “ongoing” treatment study which was due to finish in 2011. There are still no published results for this trial. Non-publication of trial results happens all too often (see all about this on the AllTrials Campaign website), particularly if the trial sponsor is disappointed with the results. This is a very serious problem, particularly as it could mean that important data about side effects never see the light of day.

The Cochrane researchers identified four studies (one more than the 2010 review) meeting the inclusion criteria of randomised double-blinded placebo-controlled trials with cognition measured as an outcome. All four studies were judged to be of high quality and at low risk of bias, but two of them were quite small (63 and 37 participants). The two larger studies had 640 and 406 participants. There were no studies found on the effect of statins on people with vascular dementia.

The included studies measured the primary outcome of cognition with the Alzheimer’s Disease Assessment Scale – cognitive subscale (ADAS-Cog) and the Mini Mental State Examination (MMSE). The pooled data from the four trials found no evidence that statins help in the treatment of cognitive decline in dementia on either of these cognitive scales: The other primary objective of the review was to assess the safety of statins in the treatment of dementia. Due in part to the poor reporting of adverse events in the included studies, this important issue seems to have taken a bit of a back seat.  The review concludes that:

Hmm. Well earlier on in the review a couple of sentences relating to side-effects in one of the included studies rather jumped out at me:

There were 60 (19.1%) atorvastatin-treated and 69 (21.2%) placebo-treated patients who experienced serious adverse events (SAEs), six of which in the atorvastatin group and one in the placebo group were considered to be treatment related by the investigator or sponsor. The SAEs considered to be treatment-related in the atorvastatin group were hepatitis, acute renal failure/rhabdomylosis/pancreatitis, abdominal pain/nausea/chest discomfort, transaminases elevation, liver disorder and gastrointestinal haemorrhage.

Is it me, or is that pretty shocking? I really don’t think it should be chucked into a pool of data without making a ripple. What do you think? Are we doing everything we can to ensure that drug safety is a priority?