Home » Posts » Mental health » dementia » Rivastigmine for Alzheimer’s: is a small cognitive ‘improvement’ worth the risk of feeling physically unwell? 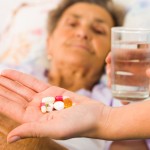 Dementia is associated with the loss of cholinergic neurons in some parts of the brain, in particular in areas that serve memory. This loss of neurons can reduce the presence of acetylcholine, a neurotransmitter in the brain important for thinking and memory, and it is thought to be related to some of the symptoms of Alzheimer’s disease. Acetylcholinesterase inhibitors, which delay the breakdown of acetylcholine, may therefore play a role in managing the symptoms of Alzheimer’s disease.

One acetylcholinesterase inhibitor, Rivastigmine is approved for use in 60 countries including the European Union and all of the US, both orally and via patches. It is claimed to be more specific in its action than previous drugs (i.e. Tacrine) and to therefore have fewer side effects or interactions with other medications. However, as such a widely used intervention, it is important that the safety and efficacy of Rivastigmine is reviewed, as considered in this recent Cochrane review by Birks and Grimley Evans (2015). 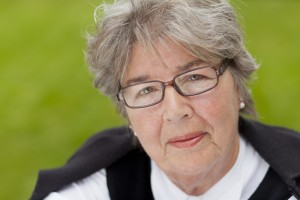 This new Cochrane review looked at the clinical efficacy and safety of Rivastigmine for people with Alzheimer’s disease.

To answer these questions, the authors searched all major health databases and included double-blind, randomised controlled trials in which treatment with Rivastigmine was administered to patients with dementia of the Alzheimer’s type for 12 weeks or more, and its effects compared with those of placebo in a parallel group of patients.

13 trials met the inclusion criteria. Only four were conducted without direct sponsorship or funding from the manufacturer (Novartis Pharma). None of these independent studies provided data that could be included in the analysis. This was due to incomplete reporting of results or due to concerns of high risk of bias, due to an unusually low or high attrition rate.

Therefore, seven industry-funded studies were included in the analysis and contributed data from 3,450 patients, with mild to moderate AD.

The quality of evidence was found to be moderate for most outcomes. The main factor impacting confidence in the results was a high dropout rate.

All the trials sponsored by Novartis and included in the analysis were considered to be at low risk of bias for randomisation and allocation. For blinding, all studies were double-blinded and placebo-controlled (although some had limited explanation for how this was achieved). High attrition bias was considered a concern, with higher levels of dropout (35%) reported for those receiving higher doses and 17% for lower dose groups.

The review investigated cognitive, functional and global effects, behavioural symptoms, impact on carers, and the safety and tolerability of Rivastigmine.

The main analysis looked at the outcomes for the currently recommended doses of Rivastigmine (6 to 12 mg/day orally or 9.5mg/day transdermally) compared to placebo treatment.

The researchers conducted an extensive and thorough analysis of varying doses and of patches vs capsules:

Finally, the authors compared the transdermal patches to the oral administration of Rivastigmine (both at the higher doses). They found similar improvements for cognitive function, but suggested the patch to be favourable to oral capsules, as a lower number of patients experienced adverse events by 24 weeks. This was however only measured in one trial. 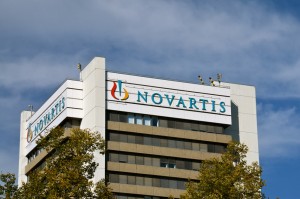 All of the trials included in this systematic review were sponsored or funded by the drug manufacturer (Novartis Pharma).

Medications are widely recognised to offer only a temporary reduction or slowing of the progression of symptoms in Alzheimer’s disease. Some of the scales that showed positive impact are deemed meaningful and useful (i.e. the clinician global scales), as they involve input from the carer as well as the clinician. However, the small effects indicated for cognition and daily living and the lack of evidence of benefit for behavioural symptoms and on carers raises some questions. The authors concluded that for the recommended doses of Rivastigmine:

the effects were small and of uncertain significance for cognition.

Indeed, if real and clinically significant changes to cognitive abilities were being made, it might be realistic to expect a meaningful impact on functioning and behaviour, but this has not been found.

One significant limitation of the research is that the analysis only included studies funded by Novartis, the company who developed Rivastigmine. While other independent trials met the criteria, these could not be included, because of high bias risks. This is clearly a concern. If independent scientists can reliably replicate this research, it would lend much more credibility to the findings.

A number of important clinical issues were also raised. The increased risk of adverse events is worrying for this vulnerable population who are often suffering from physical ill-health. Sickness, diarrhoea and dizziness significantly impact quality of life and independence, increase the risk of falls and confusion, and can lead to distressing outcomes such as hospital admission. This raises real questions over the acceptability of treatment. What can cognitive improvements achieve if the patient is too unwell to benefit?

The findings suggest that lower doses than those currently recommended may be preferable to limit the possibility of side effects. At the very least this highlights a need for close monitoring at higher doses. Further research will need to investigate whether there are any patients that may be more or less at risk of adverse events.

In my experience, patients with dementia and their carers can often, understandably, have unrealistically high expectations of medications, and to expect ‘cures’ or improvements. Unfortunately, as this research shows, the most that can be expected at present is a possible slowing of the progression of symptoms.

This research highlights further the importance of carer education, managing patient expectations and open and honest communication between practitioner and patient, to reduce dropout and ensure effective monitoring and care. 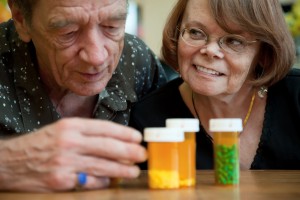 Professionals are often faced with the challenge of managing the sometimes unrealistically high expectations that patients and carers can have of dementia drugs.