Home » Posts » Mental health » dementia » Medication in advanced dementia: how can we judge what is appropriate? 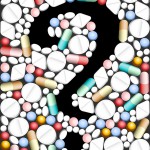 Jennifer Tjia et al have published the results of a cross-sectional study of the use of medications of “questionable benefit” in nursing home residents with advanced dementia (Tija et al, 2014). The paper forms part of the Less is More series in JAMA Internal Medicine, and also refers to the American Board of Internal Medicine Foundation’s Choosing Wisely campaign.

The list of medications of questionable benefit was decided upon and published by a panel of expert geriatricians and palliative medicine physicians as “never appropriate” for use in advanced dementia (Holmes et al, 2008). The list was designed to guide prescribing for adults with dementia and a palliative approach to care.

These “never appropriate” medications include:

The final study sample of 5,406 nursing-home residents was derived from a database of a US long-term care pharmacy that serves about half of the 1.3 million nursing home residents. A subset of this database can be linked with resident-level assessments from the Minimum Data Set (MDS) and comprises about 10% of the entire pharmacy database.  [The MDS is part of the US federally mandated process for clinical assessment of all residents in Medicare or Medicaid certified nursing homes. This process provides a comprehensive assessment of each resident’s functional capabilities and helps nursing home staff identify health problems.]

The sample was then limited to residents over 65 with a diagnosis of advanced dementia. Advanced dementia was defined by a cognitive performance score of 5 or 6 on the MDS cognition scale. The application of these criteria led to more than half of the sample being over 85, nearly 80% female, and over 73% white. This US study explored how often nursing home residents with advanced dementia were prescribed drugs of so called “questionable benefit”.

Later in the paper, in the discussion section, the authors give their estimate of questionably beneficial medication use as 59%, but I have absolutely no idea where that number came from because I couldn’t find it anywhere else in the paper. I think it may have resulted from “a generalised estimating equation with a logit link function” described in the paragraph about statistical analysis. But whether it’s 54% or 59%, it is considerably higher than previous estimates of 38% in a much smaller sample of 323 nursing-home residents in the Boston area, and 29% among 34 residents in a Chicago-area palliative care program.

The investigators analysis identified a lower rate of prescription of medication of questionable benefit in residents with oral problems, a feeding tube, a “do not resuscitate” order or enrolled in hospice care. Conversely they noted that residents in homes with a high prevalence of feeding tubes were more likely to be prescribed questionable medications. Nearly six out of ten people in the study sample were prescribed medication of “questionable benefit”.

A couple of the tables giving the characteristics of the nursing home residents included in the study indicated that 53% had a diagnosis of depression, and were presumably prescribed antidepressants. I wonder how a diagnosis of depression is reached in people with advanced dementia. Moreover, some of the facilities seemed to have a high level of antipsychotic use, although I found the table describing the levels of antipsychotic use in care-homes fairly indecipherable.

From the perspective of someone with a relative with advanced vascular dementia, I think all medications are of questionable value if they have side effects which might have a negative impact on quality of life or are likely to cause harm. For example, my mother is still being prescribed an antidepressant. Her diagnosis of depression in 2010 was given before long before the diagnosis of dementia. She has been on several types of antidepressant medication since 2010 and her diagnosis of dementia came late in 2011, and it now seems inconceivable that she should ever stop taking it, despite no evidence of benefit and some evidence of harm reported in the literature.

The accompanying invited commentary by Greg Sachs (Sachs, 2014) expresses the wish that the results of this study are not just read by clinicians looking after people with advanced dementia, but by all physicians looking after older people. The commentary urges more thoughtful and common-sense prescribing practices amongst all those treating older patients with a limited life expectancy, where comfort and dignity is likely to be the main goal of care.

What’s less clear is how this wishful thinking is going to translate into reality. My view is that it cannot be left to clinicians working against the tide of entrenched and conventional prescribing practices with little incentive to change. Patients and their carers should be also be empowered with the knowledge and confidence to question the benefit of medications themselves and work in partnership with clinicians to change prescribing practices. Not easy, but essential. Patients and their carers should be empowered with the knowledge and confidence to question the benefit of medications themselves.

Last reply was October 19, 2014
Try out our members features!