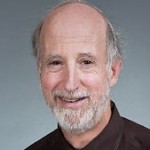 This paper adds to the growing evidence and was published in JAMA Psychiatry in April of this year. It comes from Dr Wayne Katon and colleagues; sadly Dr Katon passed away on 1st March 2015. At the RCPsych Liaison Conference last week Prof Michael Sharpe gave a very touching memorial to Dr Katon’s work; he was an inspiration in the field of Liaison Psychiatry, recognising the need for psychiatry in primary care clinics and pioneering collaborative care in the USA.

They have used our old friend the Danish National registry and completed a population-based cohort of 2.4 million adults, they aimed to study the risk for all-cause dementia among persons with diabetes, depression, or both compared with persons who had neither illness.

The researchers adjusted for age, sex, calendar period, and marital status, then compared with persons without depression or diabetes:

The estimates decreased slightly after adjustment for chronic diseases.

For those younger than 65 years, the hazard ratios for all-cause dementia were

The combined effect of the 2 illness exposures on all-cause dementia risk was larger than the sum of the 2 individual diseases. When they examined the impact of age at onset of diabetes, the HR for the association between early-onset diabetes and the risk for all-cause dementia was significantly higher (HR, 1.82 [95% CI, 1.73 to 1.91]) than that for late-onset diabetes (HR, 1.30 [95% CI, 1.24 to 1.36) (P < .001). Implying that the brain is as sensitive to prolonged diabetes as the other more commonly recognised complications.

This was a large and well conducted study looking at almost 2.4 million people in Denmark, which found that of the 59,663 people in the cohort who developed dementia, over a quarter had developed depression, ten per cent developed diabetes and nearly seven per cent developed both. Although insightful, we now need to take this observational study and investigate in more detail before we can draw firm conclusions.

The Danish Registry facilitates large scale cohort studies, however we need to remember that this does not evidence causality. Some limitations of the registry include the potential loss of data from people presenting early in their illness episode and so not reaching specialist services, or prescribed medication. Another limitation which was acknowledged was the lack of data on possible confounders such as health-risk behaviours, including smoking, obesity, and sedentary lifestyle.

A thorough understanding of the biology underpinning dementia is necessary for the development of effective therapeutics, and large studies such as this give us clues about important targets for further research.

Dr Katon’s memorial service was held on 3rd May 2015 and Prof Sharpe who attended shared with us that this was played.