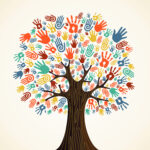 There has been a recent focus on ‘living well with dementia’, and we can see from qualitative reviews what is important for people living with dementia (Giebel, 2015). This involves staying engaged with everyday life, figuring out how to deal with their dementia and maintaining a sense of identity.

One of the important changes that can take place after a diagnosis of dementia is reduced social engagement, which has been associated with poorer disease outcomes and can be directly linked to the symptoms of dementia (Singelton et al, 2017).

Recent studies focused on people living with dementia, their experiences and potential interventions exploring social changes following a diagnosis. There has even been a development of instruments to measure social change among this population (Sommerlad et al, 2017).

This shows a wider focus on engagement with society, but there has also been a recent push to improve the communities in order to facilitate and support this for people living with dementia. In 2015 David Cameron, at the time prime minister of the UK, announced a Challenge on Dementia 2020, which involved stimulating the creation of Dementia Friendly Communities (DFCs). The Alzheimer’s Society explains:

In a dementia-friendly community people will be aware of and understand dementia, so that people with dementia can continue to live in the way they want to and in the community they choose.

The national policy support for DFCs encouraged the development and implementation in recent years. In order to understand how these operate and how to define an effective DFC, Buckner et al. (2019) reviewed the characteristics and focus of DFCs in England. 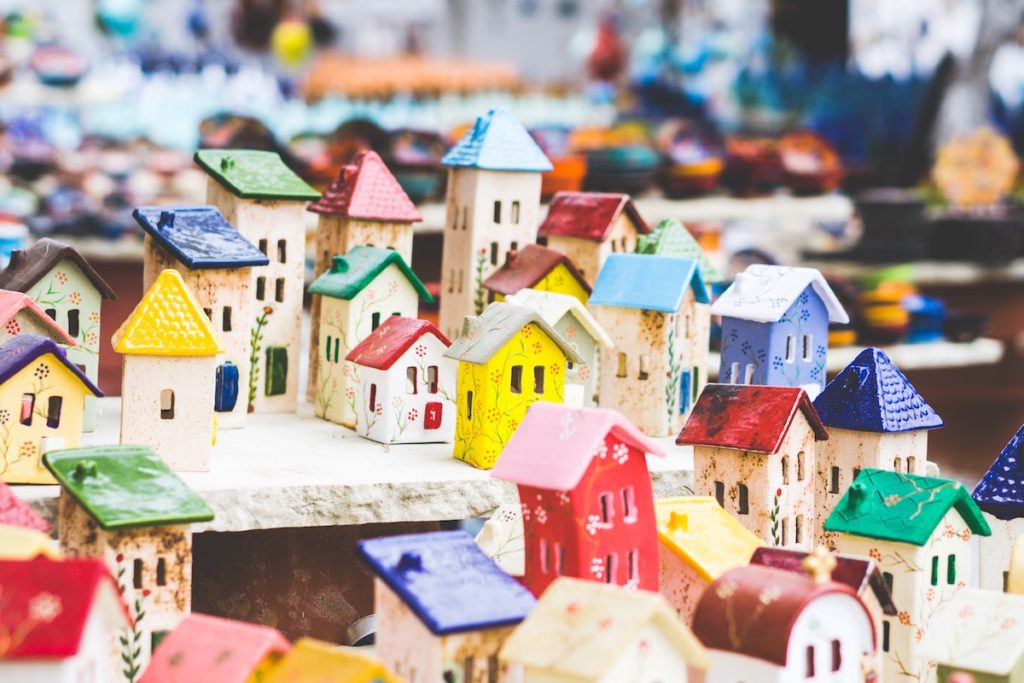 A Dementia Friendly Community can be a city, town or village where people living with dementia are respected, understood and supported to continue to live their life in the way they want.

In order to provide an overview of Dementia Friendly Communities (DFCs), a stepwise method was conducted including identification, purposive sampling, data collection and analysis.

First, the Alzheimer’s Society provided records of communities that had been formally recognised as working towards becoming a DFC. A selection was made out of the available communities in order to reflect different types of DFCs, based on the type of community (a city or county vs an organisation, e.g. airport), the geographical location in England and its size. Additionally, if a DFC tailored to a specific characteristic (e.g. ethnicity), it was more likely to be included. All DFCs had to be ‘active’, which was defined as having activity in the last six months or confirmed via telephone call.

A group of 100 DFCs were sampled, and data extraction focused on information publicly available, either online or through telephone calls. Online searches included a Google search that was stopped once a minimum of four and up to seven sources were located for each DFC, selected from the first four pages of search results.

From these results data extraction focused on certain ‘thematic areas’, which were derived from a preliminary evaluation tool for DFCs. This included how a DFC was led, what activities it involved, how people living with dementia and family members were involved and whether it was monitored or evaluated.

Across England a total of 284 DFCs were identified, mostly from Alzheimer’s Society records (N=203). A final sample of 100 DFCs were chosen to reflect the characteristics of the larger group; these included 72 locations and 28 ‘communities’. These ‘communities’ included banks, a supermarket chain, a dental surgery, and churches. The majority (N=82) had been set up since 2012.

Many of the DFCs had been established with involvement from councils or local authorities, clinical commissioning groups (CCGs), local charities, and sometimes a combination of these. Twenty one of the location-based DFCs reported volunteers as having a role in the initiation. Political involvement was seen in 11 DFCs, while 3 had explicit attempts to keep politics separate.

Funding was not clearly reported in most cases (N=54), but a number listed fundraising events, government funding or grants from local authorities or CCGs. Around half of the DFCs (N=48) reported salaried staff, although it was unclear if these were exclusively employed for the DFC or for related dementia projects. Volunteer input was relevant to a smaller number of the DFCs (N=22).

The work that was undertaken as part of what creates a dementia friendly community included a large focus on raising awareness of the needs of people living with dementia. This was done by hosting sessions to create Dementia Friends and Dementia Friends Champions, having a social media presence, providing information leaflets or hosting other individual events. Activities specifically for those affected by dementia were also reported, including memory cafés, carer support groups or wider community engagement opportunities related to leisure activities or sports. 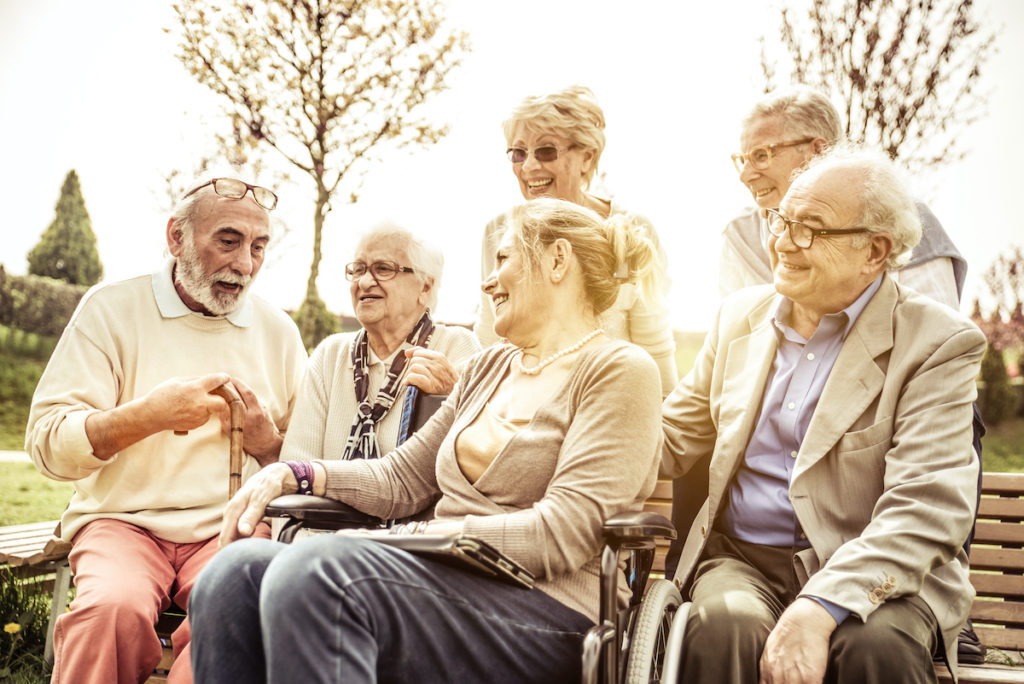 A large focus of the sampled communities was to raise awareness, often by encouraging people to become Dementia Friends.

The authors provide the first national overview of Dementia Friendly Communities (DFC) in England, and show that many of the DFCs have a main focus on raising awareness. They also concluded that there was evidence of ongoing involvement of people living with dementia. DFCs have been seen as a way to support people living with dementia to live at home and in the community for longer, potentially in a cost-effective manner. However, the funding and resources for the DFCs were not clear enough to make decisive conclusions around whether or not the current models were sustainable.

A proper evaluation of DFCs was lacking, and an evidence-based evaluation tool was suggested in order to be able to provide a more systematic and strategic approach, as well as to draw comparisons. We need to focus on properly supporting people living with dementia to remain engaged with their community. The findings indicate that awareness was a larger priority than recognition of the rights of people living with dementia. While building community support through awareness can be a helpful starting point, the authors report it was difficult to measure tangible progress. 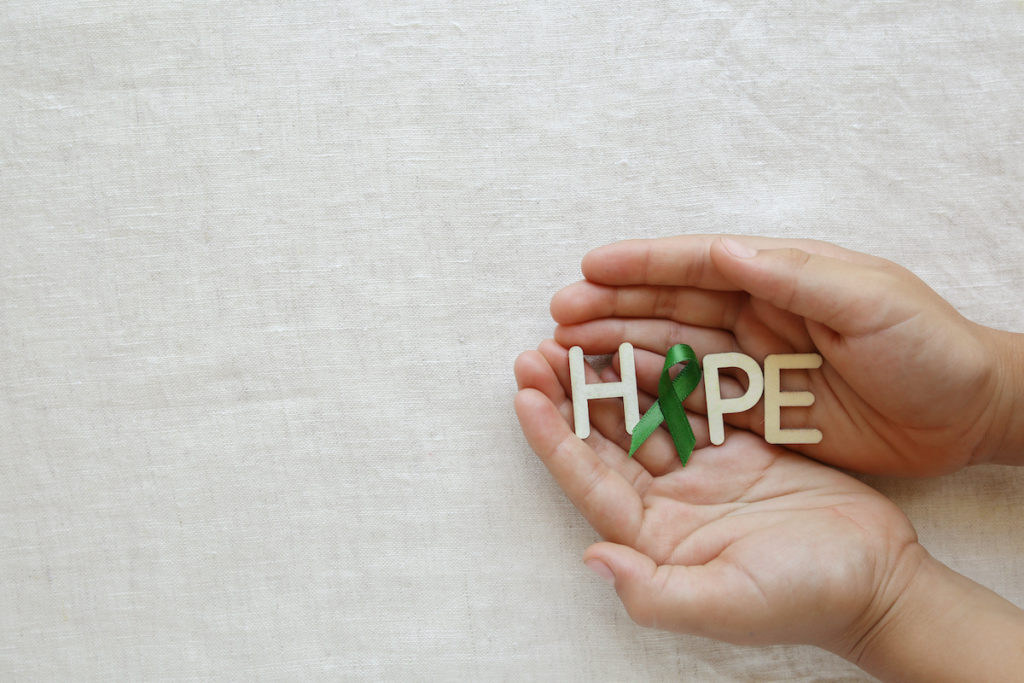 This is the first national overview of Dementia Friendly Communities in England, having a main focus on raising awareness of the needs of people living with dementia.

Buckner et al. (2019) provide a first look at Dementia Friendly Communities, how they operate and what they hope to achieve. Thus, this review constitutes a snapshot of the current situation in England, and a useful overview to evaluate the current progress made. The data was entirely sampled from publicly available online sources, in some cases followed-up by phone calls where there was no clear information provided. This does not provide a proper in-depth perspective, but helps to provide an initial overview, which was the aim of the study.

The sample of 100 DFCs that were included in the analysis could be subject to sampling bias, although the authors provide a strong case that it is representative of the wider sample, for which they provide a summary of characteristics.

While the study proposes future work surrounding DFCs, and encourages a standard for ‘good’ DFCs, there may be a lack of nuance regarding the applicability of a ‘one-size-fits-all’ approach, even just by looking at the varying types of DFCs that have been included in this study. 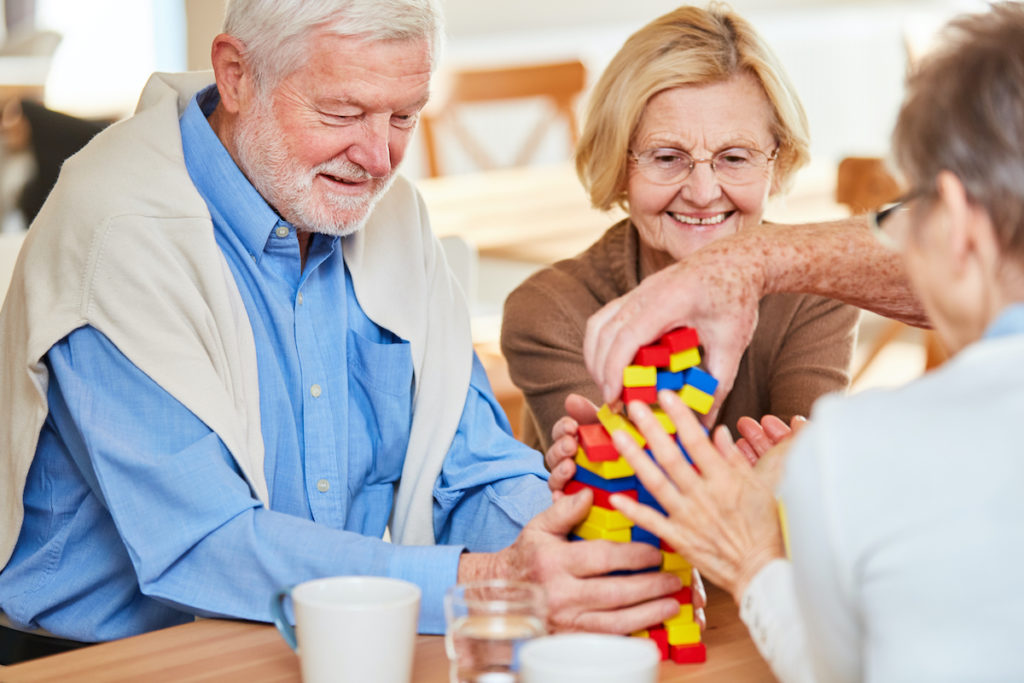 Recent interventions to support people living with dementia have included a focus on community participation and engagement (Orgeta et al, 2019), as this has been reported as an important psychological need. This review article addresses how the approach to support people living with dementia to be able to remain engaged also requires a parallel push to encourage communities to adapt in order to best support individuals who are coming to terms with a life-changing diagnosis.

The main focus of potential future work based on the results of this paper, is regarding possible evaluations for Dementia Friendly Communities (DFCs). A further qualitative evaluation could lead to improved understanding of what is necessary for people currently living with dementia and taking part in these DFCs, which could then improve any evaluation method. This could also include those organising or leading the DFC and its activities and provide further background information that was not sampled in this study. Whether there is a possible tangible outcome that can be used as a standard for DFCs is something that will require input from a range of stakeholders, but most importantly local people living with dementia and their loved ones. 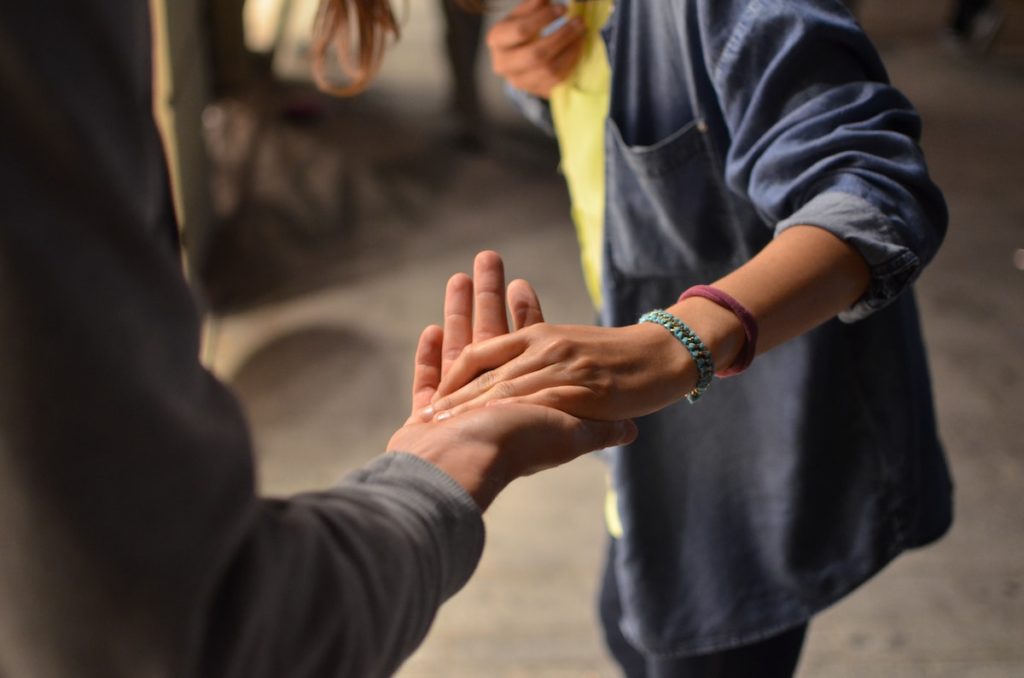 New approaches to support people living with dementia to be able to remain engaged also require a parallel push to encourage communities to adapt in order to best support individuals who are coming to terms with a life-changing diagnosis.