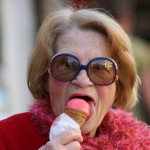 Dementia is displayed in many aspects of life. People with a diagnosis experience more and more problems with cognition. That is, not only poor memory but also poor executive function (i.e. problem solving) and slower processing speed for example (Kvitting et al., 2013; Stopford et al., 2012). Problems in managing everyday activities, such as medication management and dressing, are also the norm (Giebel, Challis, & Montaldi, 2014; Giebel et al., 2014), as well as behavioural problems, such as wandering or aggression (Lyketsos et al., 2002).

With no existing cure, people tend to take medication (Donepezil, Aricept or Rivastigmine for example) to reduce these symptoms. But non-pharmacological treatments are equally important to provide a good balance of addressing the causes of the condition in the brain and the personal, psychosocial aspect of individually helping the person with dementia.

One type of non-pharmacological treatment that has so far proven effective in helping people with dementia is Cognitive Stimulation Therapy (CST) (e.g. Spector et al., 2003). CST aims to deliver both intellectually and socially stimulating activities that help improve the well-being of people with dementia.

In a recent Cochrane review, it was concluded that CST is indeed very effective, but that there is a gap in the evidence base on the delivery of CST and how this may affect the outcome (Woods et al., 2012). Therefore, Orgeta and colleagues (2015) conducted a multicentre randomised controlled trial (RCT) to evaluate the effects (and cost-effectiveness) of a carer-led home-based CST. It’s this recent study that I am discussing in this blog. 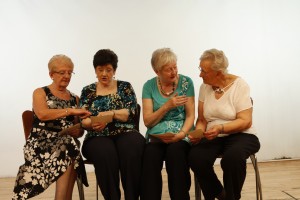 The authors performed a multicentre randomised controlled trial (RCT). An RCT is a good format to test the efficacy of an intervention as participants are randomised, often by computer software, into either the intervention or the control group. This reduces any bias in the study. The trial took place in several locations across England and Wales, including Manchester, London, Bangor, Devon and Hull.

For this RCT, 356 people with dementia and their carers were recruited, whilst 273 completed the trial. People were recruited via memory clinics or community mental health teams for older people in most cases. They were only eligible to take part in the trial if they:

The research team assessed the participants at baseline, 13 weeks and 26 weeks. Patients allocated to the intervention received up to three 30 minutes one-to-one sessions in their own home, over 25 weeks. A member of the research team trained the carers in performing the intervention in their own home. For this purpose, manuals and workbooks were developed that outlined the activities the carer was asked to do with the person with dementia. Over the course of the intervention, carers were asked to provide 75 different sessions involving current affairs, creativity, and word games. All carers received the manuals and workbook, a carer diary and a toolkit with things such as games and maps. To ensure that carers were managing with the sessions, the research team provided regular check-ups on the phone.

The primary outcomes of the intervention were cognition and quality of life. The authors also evaluated the intervention’s impact on behavioural and psychological symptoms, activities of daily living, depressive symptoms and relationship quality.

The authors also conducted a qualitative investigation of the experiences of people with dementia and their carers in taking part in the trial. For this purpose, the authors recruited a convenience sample of participants of the trial for semi-structured interviews. 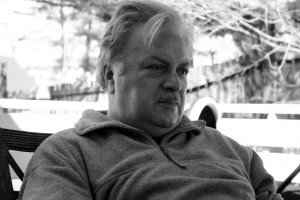 The primary outcomes of the intervention were cognition and quality of life.

Receiving CST had no significant impact on the primary or secondary outcomes. Hence, receiving cognitive stimulation therapy did not improve cognition or well-being, or everyday functioning, and did not reduce behavioural or psychological symptoms or depressive symptoms. However, data suggested some improvements in the relationship between people with dementia and their carers.

The qualitative study showed that the trial brought the person with dementia and their carer closer together:

The trial also appeared to promote being more active in everyday life:

Makes me more inquisitive and enlightens me about things. 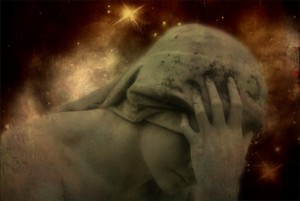 Cognitive stimulation therapy does not come out well in this RCT.

I struggle finding many flaws with the research design. It included public and patient involvement. It recruited participants from multiple centres across England and Wales. It was based on a manual used in previous CST. The sample size was in the three-digit range.

All I would say is that the length of the intervention itself (25 weeks) must have been too demanding on family carers, which resulted in an attrition rate of 21% (excluding deaths). More so, the recommend 75 sessions in total were not often met. This indicates again the effort associated with this if everything relies on a busy family carer, who may also have other responsibilities. Maybe a shorter intervention would have resulted in significant findings.

Despite its lack of effectiveness, this trial was well designed and did explore an area of research which was suggested in a recent Cochrane Review (Woods et al., 2012) to be under-investigated: the type of delivery (e.g. in a group or individually at home by trained carers). Findings might suggest that one of the crucial elements of CST is the social interaction that people receive by CST in group settings. This was missing from this delivery mode. More so, as cost-effective as CST delivered by family carers might be, trained staff delivering the intervention can ensure that the sessions truly take place. It is understandable that carers have many things on their plate, and might find it difficult to stick to administering 3 sessions a week over a prolonged period of time.

One of the positives of this very well designed trial is that it contained an element of public and patient involvement. Guidelines by INVOLVE (2015) strongly recommend to involve the public and those that are affected by the topic in all stages of the research. This is to ensure that the views and experiences of those affected are truly taken into account, and that the research reflects what is needed and wanted.

So, what can we learn from this very large trial? Sometimes research needs to show that something is not effective, so that we can take a step closer to the right way to help people with dementia, and their carers, live well. 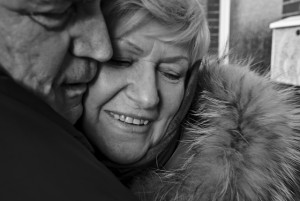 Cognitive stimulation therapy had a positive impact on the relationship between the person with dementia and their carer.