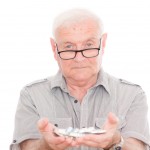 People with Alzheimer’s disease experience a loss of nerve cells that use a chemical called acetylcholine as a chemical messenger. Dementia symptoms become more severe as more nerve cells are lost.

Cholinesterase inhibitors are a group of drugs (including donepezil, rivastigmine and galantamine) that prevent the enzyme acetylcholinesterase from breaking down acetylcholine in the brain. All three drugs work in a similar way, but they have quite different side-effect profiles in different people.

A new Cochrane systematic review has recently been published that seeks to assess the efficacy, safety and tolerability of cholinesterase inhibitors in three different conditions:

The reviewers conducted a systematic search but only found 6 trials to included in their reviewer, involving total of 1,236 patients: