Home » Posts » Mental health » dementia » Cerebrolysin is a promising treatment for vascular dementia, but more research is needed, according to new Cochrane review 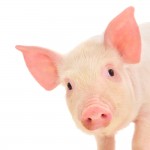 Vascular dementia is the second most common type of dementia after Alzheimer’s disease. It’s caused by damage to the network of blood vessels supplying the brain.

Some symptoms are similar to those associated with Alzheimer’s and stroke, but in particular people with vascular dementia often experience difficulty thinking quickly, concentrating and communicating, as well as seizures and severe confusion.

There are no definitive treatments for vascular dementia, so any new research in this area is always of interest.

The Cochrane Dementia and Cognitive Improvement Group have published a new systematic review today, which brings together all of the existing studies on one of the promising treatments for the condition; a drug called Cerebrolysin.

Cerebrolysin is a peptide preparation produced from purified pig brain proteins. It is supplied as a solution that can be injected or given via intravenous infusion. It’s recommended as a once a day treatment, 5 days a week for 4 week cycles, that can be repeated up to 4 times per year.

Some clinical trials have been published that show Cerebrolysin may be effective for patients with vascular dementia, but the findings are somewhat contradictory, so it’s helpful that this group of researchers from Sichuan University in China have systematically reviewed the existing evidence.

The reviewers used the ALOIS database to find randomised controlled trials (RCTs), in any language, of Cerebrolysin for treating vascular dementia.

They found 6 RCTs including a total of 597 patients, mean age ranging from 60.4 to 70.8 years. The demographic characteristics of patients across the trials were not significantly different.

Trial participants were all diagnosed with vascular dementia, but different studies used different diagnostic criteria (DSM-IV, NINDS-AIREN or ICD-10 criteria). Brain scans were used in 5 of the 6 included trials to confirm the diagnosis.

The drug dosage and duration of treatment varied across the different trials, as did the length of follow-up (from 15 days to 3 years!). Overall the reviewers rated 1 of the trials as good quality, 4 trials as fair quality and 1 trial as poor quality, so there is a significant risk of bias in this evidence.

The bottom line findings of this review were as follows:

Li He from the Department of Neurology at Sichuan University, who led the review said:

The results are promising but due to low numbers of trials, inconsistencies between trials, risk of bias in the way some of the trials were conducted and lack of long-term follow-up, we cannot yet recommend Cerebrolysin as a routine treatment for vascular dementia.

This indicates to us that Cerebrolysin is safe and well tolerated by patients with vascular dementia, but the fact that it has to be given in regular intravenous infusions means it could be impractical for use on a large scale.