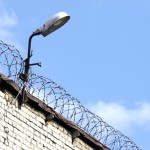 In prisons, suicide is the leading cause of mortality (estimated at 3-5 times the general population). Mental health disorders are known to increase the risk.

Generally, suffering from a bipolar disorder increases the risk of attempted or completed suicide when compared to the general population. So it would be expected that prisoners with bipolar disorder would have similar elevated risks to other psychiatric diagnoses.

The authors (an expert team) conducted a systematic review of the literature, although this is an update on a paper previously published in 2008, so only includes observational studies published in the last 6 years. The search used a variety of keywords in Medline, with an additional grey literature and non-English publications search included, although details are lacking.

Both meta-analyses and regression were applied to the dataset.  Five observational studies were included in the review.

Although bipolar disorder is associated with suicide and non-fatal suicidal behavior in prisoners, further research is necessary to confirm any associations and mediating mechanisms. This paper suggests that in prisons the risk of suicide for those with bipolar disorder did not seem to be as high as other disorders (psychosis or depression). However, the risk remains higher than the general prison population. There appeared to be no explanation of why this might occur, although a number of theories were suggested:

Despite the reasonable sample size, there were only a few papers that contributed to this review, with 98.5% of the sample from one US study. Of potential unexplored interest were the differences in diagnostic criteria in the countries where the research was conducted (USA compared to the UK/Sweden). The focus of some of the papers might also have affected the reliability of the findings, with one study focusing on women only, another on a non-white adolescent population; these are known areas of diagnostic uncertainty.  Clearly more research is needed in this area.