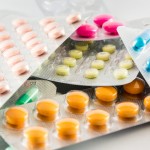 NICE has just published a new technology appraisal recommending aripiprazole as a treatment for bipolar disorder in young people. Aripiprazole is recommended by NICE for treatment in adolescents.

However, the evidence underlying this recommendation did not contain direct comparisons between alternative drug treatments.  Here in the Woodland, we’d be surprised if this is the final word on this topic.

Aripiprazole is an antipsychotic with partial dopamine D2 and D3 agonistic properties.  In the evidence submitted to TA 292, it was compared with risperidone, quetiapine and olanzapine

.The TA is split into the following sections:

Readers who may wish to conduct a format appraisal of this guideline can do so on the AGREE Trust website, using the AGREE II instrument for appraising clinical practice guidelines.

National Institute for Health and Care Excellence (2013).  Aripiprazole for treating moderate to severe manic episodes in adolescents with bipolar I disorder.  TA 292.