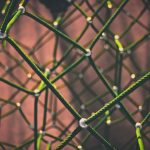 There is uncertainty and controversy around the best psychosocial interventions for bipolar disorder.

Network meta-analysis (NMA) is becoming increasingly employed to try and resolve such uncertainty. NMA can be an ideal tool for achieving data synthesis (Leucht, 2016), however for the approach to be valid the relevant data must meet exact formal criteria; such methodological requirements of NMA need to be more widely appreciated.

Principle of the use of indirect evidence in network meta-analysis. Reproduced from Leucht, 2016.

Forty one trials were identified and the interventions were grouped as:

The analysis suggested that:

The authors rightly highlight the desirability of more standardized outcome measures in trials of psychosocial interventions and highlight the challenge of treating depression in bipolar disorder, but they are cautiously confident in endorsing their findings as a basis for practice and indeed policy. We are not so sure that their confidence is really justified. 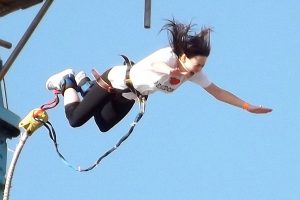 Can we be confident in the findings of this network meta-analysis?

An earlier blog reviewed a study demonstrating the bias apparent in the handling of the relevant evidence by NICE (Jauhar et al, 2016). In particular, the use of multiple parallel meta-analyses and subsequent cherry-picking of possible positive findings was highlighted. In principle, NMA should take us beyond that kind of approach and the present study appears to do so.

Was the network meta-analysis valid?

Network meta-analysis has been developed to synthesise evidence across a network of randomised trials, assess the relative effectiveness of several interventions and rank treatment options. This statistical method is based on the simultaneous analysis of direct evidence (which compares treatments within the same study) and indirect evidence (comparing interventions across different studies using a treatment in common). Indirect evidence is important because, alone, it allows comparison of treatments that have not been compared directly and, in combination with direct evidence, it increases the precision of the estimates (producing so-called mixed evidence).

NMA is becoming very popular in the scientific literature, but unfortunately this success too often goes together with an increased risk of poor methodological quality. NMA requires that the subject data meet various criteria the most basic of which is transitivity. In other words, before carrying out a NMA (and in order to be confident that final results are correct and clinically informative) the authors should answer “yes” to the following questions:

If yes to both, transitivity is preserved. If no, it is not. In fact the answer appears to be ‘no’ here, because some studies required patients to be “euthymic” and other studies simply required that they could give consent (and so might be highly symptomatic, in an episode of depression or even treatment resistant). In such situations, having access to the full protocol usually helps because authors report why they think the assumption of transitivity holds. We searched but we could not find the document (in PROSPERO there is only a very short and not really informative summary). We would be grateful to Mary Lou Chatterton and colleagues if they could clarify their position. 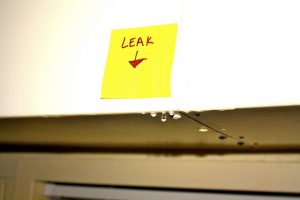 When it’s done well, network meta-analysis can be a powerful tool, but as with all research designs, bias can creep in if the methodology is not water-tight.

A further critical issue is the shape of the network. Ideally, networks should be well connected and these are not. This means that the analysis depends heavily on indirect comparisons via TAU, which is problematic. The choice of a fair comparison treatment is difficult in psychotherapy trials. When the active treatment is superior to TAU, no specificity can be claimed for the content and TAU is often very poorly specified. Any network so dependent on indirect comparison is likely to be unstable.

NMA allows consistency to be examined formally (i.e. statistically): so if A beats B and B beats C, does A beat C? If the answer is yes, there is no inconsistency in the loop between A, B and C. If not, the loop is inconsistent. In this paper there are no data/tables that report this, and the authors did not perform local tests of inconsistency (even when the global test is OK, there might be important local inconsistencies, which must be appraised in order to evaluate the affected mixed estimates). Despite the best efforts of investigators to construct a consistent network, statistically significant inconsistency may arise, which should be investigated when found. Systematic review protocols list potential sources of heterogeneity, possibly using them to form more homogeneous subgroups of studies and generate hypotheses for effect modifiers. Similarly, network meta-analysis should describe in the protocol a clear strategy to deal with inconsistency. There is nothing like that here and, indeed, the reporting of the statistical analysis is inadequate. 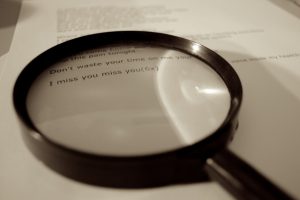 A lack of reporting of the statistical analysis in this review make it impossible to be confident in the findings.

Finally, the quality of the evidence is crucial to interpret the results from a network meta-analysis. Guidance exists on how to rate the quality of evidence supporting treatment effect estimates obtained from NMA and simply assessing the risk of bias of individual studies (as the authors did and reported in detail in the Appendix) is not enough. Methods developed by the GRADE working group have standardised the procedure and showed that the quality of evidence supporting NMA estimates can vary from high to very low across comparisons (quality ratings given to a whole network are uninformative and likely to mislead). In any NMA, quality of evidence is likely to be different from estimate to estimate; therefore the GRADE ratings need to be attempted for all primary outcome estimates. For these elements not to be addressed in a NMA published in a peer-reviewed journal is disappointing; the authors deserved more searching editorial scrutiny.

The problem of interpreting psychotherapy trials

It is possible to carry out a methodologically sound NMA, but we are left with the generic problems for psychotherapy trials of small scale, allegiance bias, lack of blinding, demand characteristics when assessing outcomes and publication bias (Flint et al, 2015). This is certainly not something a systematic reviewer can change; however, they should be discussed and appraised in any attempt at evidence synthesis of psychological therapies.

‘Adverse reactions’ to psychological treatment are not collected systematically and hence are under-appreciated (Nutt and Sharpe, 2008). A consideration only of efficacy is inherently unbalanced in the perspective it gives to treatment selection.

NMA does offer a powerful method for synthesising data and avoiding bias in the selection of evidence. However to be valid, it sets high demands on the statistical methods employed and the data included. This is not widely enough appreciated and the present publication illustrates some of the limitations. Its conclusions may be correct, but we remain concerned that the evidence supporting them is actually less than compelling. 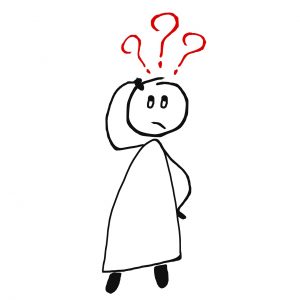 The review conclusions may be correct, but we remain concerned that the evidence supporting them is actually less than compelling.

The views expressed in this blog are those of the author and not necessarily those of the NHS, the NIHR or the Department of Health.

Is the NICE guideline for bipolar disorder biased in favour of psychosocial interventions?

Nutt DJ and Sharpe M. (2008) Uncritical positive regard? Issues in the efficacy and safety of psychotherapy. Journal of psychopharmacology (Oxford, England) 22: 3-6.