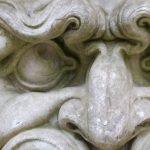 In 2013, the American Psychiatric Association published the fifth edition of their diagnosis bible: the DSM (Diagnostic and Statistical Manual of Mental Disorder). One of the changes was that the diagnosis ‘hypochondriasis’ was removed and replaced by two new diagnoses:

The key difference between SSD and IAD is that patients with SSD are clinically distressed by one or more physical (somatic) symptoms, whereas patients with IAD have mild or no somatic symptoms. For both groups, the key issue is excessive concern about their health.

We don’t currently have an evidence-base regarding what treatments work for patients who meet these new diagnoses. It is likely, given what we know about hypochondriasis, that they will respond well to exposure-based cognitive behaviour therapy (CBT). 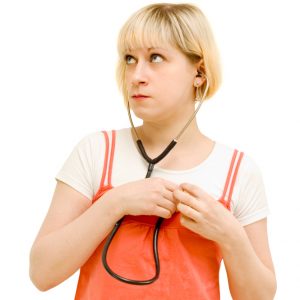 This was an RCT of 132 participants from Sweden with either SSD or IAD. A nationwide recruitment strategy was used, with information about the study provided by mental health and primary care staff, adverts in nationwide newspapers and a study web portal.

To be eligible participants had to meet the following criteria:

Potential participants had a 35-60 minute telephone conversation with a psychologist during which they were assessed for SSD/IAD (using the Health Preoccupation Diagnostic Interview, HPDI), other psychiatric disorders (Mini-International Neuropsychiatric Interview, MINI) and DSM-IV hypochondriasis (Anxiety Disorders Interview Schedule, ADIS).

Participants were randomly allocated on a 1:1:1:1 basis using an online random number generator to one of the following groups:

All active treatments had the same content but differed in whether they were delivered using the internet (ICBT, U-ICBT) or a book (bibliotherapy) and whether there was guidance from a therapist (ICBT) or not (U-ICBT, bibliotherapy).

The treatment model focused on the role of avoidance and safety behaviours as maintaining factors of health anxiety. The main intervention was systematic exposure to health anxiety-related situations/events, in combination with response prevention. Mindfulness was incorporated to assist participants in conducting the exposure exercises. There were 12 modules (i.e. one for each week of treatment) and each had homework to do on a daily basis.

In the ICBT group, participants were instructed to contact their therapist with a progress update at least once a week, and the therapist would reply within 2 working days. The therapist would get in touch via email or SMS if the participant seemed inactive (e.g. hadn’t logged in for one week). The therapist gave feedback on homework assignments. On average, therapists spent 63.6 minutes/patient (SD = 35.4) and posted 18.4 SMS messages (SD = 9.6). Participants in the U-ICBT group did not receive feedback on their homework, and instead were asked to upload a progress report to the online treatment platform. The bibliotherapy group received a 154 page booklet.

The primary outcome measure was the score on the 64-item Health Anxiety Inventory questionnaire (HAI). Clinically significant improvement was defined in advance as an improvement of at least 21 units and meeting the criteria of absolute improvement (score <70).

The primary and secondary outcome measures were measured at three time points:

Assessments were completed over the internet and all participants received weekly SMS reminders. The authors used an intention-to-treat analysis.

Participants completed an average of:

Post-treatment, the proportion of participants meeting criteria for clinically significant improvement on the HAI was as follows:

The amount of improvement across the three active treatment groups was not significantly different.

At follow-up, the percentage meeting criteria for clinically significant improvement was the same in the ICBT and U-ICBT groups and had actually improved in the bibliotherapy group (47%, NNT = 2.1).

It is nice to see a psychotherapy trial reporting adverse outcomes (see this Mental Elf blog). There was no significant difference between the four groups in terms of adverse events (ICBT = 6 participants, U-ICBT = 4 participants, bibliotherapy = 3 participants, control group = 2 participants). The most common adverse event was increased anxiety. 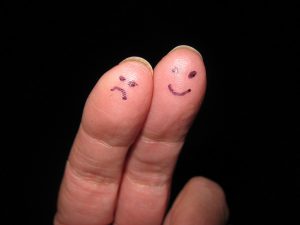 All of the active treatments in this study had NNTs around 2, which means that only two people would need to be treated for one person to go into remission.

Exposure-based CBT delivered as therapist-guided or unguided internet treatment or as unguided bibliotherapy can be highly effective in the treatment of SSD and IAD. These treatments have several central advantages with one of the most important being that these treatments can drastically increase accessibility to effective psychological treatment.

This was a well-designed randomised controlled trial. The authors made use of an online random generator and the groups were broadly comparable at the start of the trial. Retention of participants was fairly good and the questionnaire measures used are well-validated.

However, it would have been good to see a behavioural measure alongside the questionnaires, such as the number of times that participants made contact with health care professionals during the study. It would also have been desirable if an active control group (e.g. befriending) was used instead of a waiting list control group. This is especially important in a trial like this where it is not possible to blind participants to the condition that they are assigned to. It would also be interesting to follow these participants up over a longer time frame to see whether the improvements in health anxiety persist beyond six months. The authors also didn’t report whether there was any difference in outcomes for people with SSD versus IAD (perhaps because the number of people with IAD was much smaller than SSD). 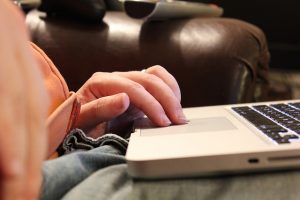 A seemingly cheap, safe and effective treatment. Promising stuff and one to watch for commissioners of mental health services.

Langford A, Laws K. (2014) Psychotherapy trials should report the side effects of treatment. The Mental Elf, 30th April 2014.