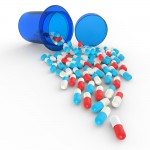 Benzodiazepines are used to treat insomnia, anxiety and chronic back pain due to their sedative and muscle relaxing effects. They’ve got a sting in the tail though and can cause memory disruption, loss of coordination and dependence if used long term. It’s therefore recommended that other treatments, such as psychological interventions, are tried first and that the drugs are prescribed for short term use only.

However, research has shown that clinicians are over prescribing benzodiazepines and giving it to patients for long periods. The aim of this study was to review qualitative studies of clinicians’ decisions to prescribe or withdraw benzodiazepines and blend those studies into an explanatory model, to inform the development of interventions that could encourage clinicians to follow the prescribing guidelines.

The authors searched multiple databases for papers. Papers were included if they were qualitative, in a primary care setting and published between 1990-2011.

Two pairs of researchers independently extracted data from the included papers. The authors include a PRISMA diagram of the process which shows clearly the stages of the search and the review.

The authors state they used thematic analysis to synthesise the results. Thematic analysis is a stalwart of qualitative research and has been recommended for synthesising qualitative reviews (see the paper by Thomas & Harden, 2008). However, it is arguably not as rigorous as meta-ethnographic approaches which call on reviewers to specify how they integrated the multiple data sources, for example by using a ‘line of argument’ approach which aims to discover a ‘whole’ among multiple ‘parts’. 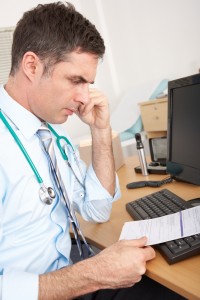 Eight papers were included in the review from seven countries, and the authors report seven analytic themes. They encompassed the changing context of prescribing (for example, changing guidance and also societal attitudes), GPs perceptions of themselves and of the patients and a perceived lack of alternative treatments. Overall, the authors report that GPs are ambivalent about prescribing and experienced conflicting pressures.

The authors present an explanatory model that aims to synthesise the multiple themes.  I can firmly tell you that it has arrows and boxes in it.

Making decisions on whether or not to prescribe was often uncomfortable, demanding and complex within the time and pressure constraints of daily practice.

The GPs often made their decisions on a case-by-case basis rather than having consistent practices. For example, one theme was of ‘the deserving patient’ and GPs decided whether the patient could ‘legitimately’ use benzodiazepines.  The authors suggest that these decisions might be understood as examples of cognitive heuristics, and I’d certainly be interested to see a study of heuristic decision making in this context (any health psychologists at the back?).