Home » Posts » Mental health » anxiety » Neglect may be as harmful as physical and emotional abuse, according to new systematic review 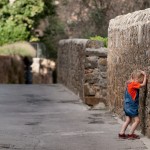 According to the World Health Organisation (WHO), somewhere between 25 and 50% of people may have been physically abused at some point during their childhood, an experience defined as the use of physical force that harms the child’s health, survival, development, or dignity. Childhood maltreatment does not stop at physical abuse, however – children may be emotionally or sexually abused or neglected – and these experiences can have lasting implications for the health of the adult.

The association between child sexual abuse and poor psychological health in adult life is now well established. However, the impact of exposure to non-sexual child maltreatment (physical and emotional abuse, and neglect) on long-term health outcomes has not been systematically examined.

A systematic review and meta-analysis published last year in PLoS Medicine (Norman et al, 2012) has now provided a better understanding of the association between exposure to physical abuse, emotional abuse, and neglect in childhood and mental and physical health outcomes in later life.

The authors conducted a systematic review of all publications in Medline, EMBASE and PsychINFO databases up to the end of June 2012 that investigated the relationship between child physical abuse, emotional abuse, or neglect and any health outcome. Importantly (and unusually for such reviews) articles in languages other than English were included (and translated). From this search, 124 studies were eligible for inclusion, the vast majority (112) from Western, English-speaking countries. Only 16 were prospective, longitudinal studies. The authors did do an excellent job of finding all the relevant evidence, and used a statistical model that allowed them to weight each study by quality. However, the main limitation to this meta-analysis is its reliance on retrospective data. Only 13% of the included studies were prospective in design (and nearly two-thirds of these are based on the same longitudinal cohort), which is likely to have introduced significant variability in the assessment and description of maltreatment. This means that the reported relationships may not be as specific as it appears.

There was robust evidence of significant associations between exposure to non-sexual child maltreatment and increased likelihood of a range of mental disorders, suicide attempts, drug use, STIs, and risky sexual behaviour.

In this regard, neglect seems to be as harmful as physical and emotional abuse, and this emphasises the need for preventive strategies and for making such prevention a political priority globally.