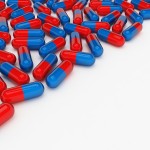 There has been recent interest in D-cycloserine and its possible application in treatments for anxiety disorders; as it has been suggested that it may facilitate the process of extinction in learned fear. Hoffman and colleagues (Hoffman et al, 2013) aimed to test whether D-cycloserine can improve the speed and quality of response to a full course of CBT in adults with generalised social anxiety disorder.

This was a randomised, double-blind, placebo-controlled treatment trial involving 169 adults with social anxiety disorder. Participants were enrolled onto a 12 week programme of group CBT, and were given either 50mg of D-cycloserine or of a placebo one hour prior to five of the sessions. They were then followed-up over a six month period.

The primary outcomes for the study were:

Remission: defined as an improvement score on the Social Phobic Disorders Change Scale and a score of less than 30 on the Liebowitz Social Anxiety Scale The overall conclusion of the study was that D-cycloserine did not improve treatment response when added to a full course of CBT for social anxiety disorder. This does not support the findings of the authors initial pilot study (Hoffman et al, 2006) and other previous research (Guastella et al, 2008).

The results however, in line with others (Siegmund et al, 2011; Hofmann et al, 2011), suggest that although D-cycloserine may not amplify the effects of CBT in the longer term it may temporarily accelerate early treatment gains and therefore suggest a possible role for D-cycloserine in reducing distress during exposure treatments.

It was suggested that variations in the dose or dose timings of D-cycloserine may yield different results, and that certain subgroups of people, such as those with a specific genotype or those who show greater within-session progress, may be more likely to benefit. This may therefore be worth exploring in the future.

Siegmund A, Golfels F, Finck C, Halisch A, Räth D, Plag J, Ströhle A. D-Cycloserine does not improve but might slightly speed up the outcome of in-vivo exposure therapy in patients with severe agoraphobia and panic disorder in a randomized double blind clinical trial. J Psychiatr Res 2011; 45:1042–1047. [PubMed abstract] http://www.ncbi.nlm.nih.gov/pubmed/21377691