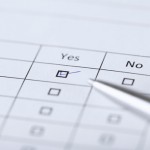 Following the uncovering of abuse at Winterbourne View by the BBC’s Panorama team, the Government committed to a programme of action to address what were recognised as system wide failures in the care and support of adults with learning disabilities described as having complex challenging behaviours. (Transforming Care)

The Transforming Care document set out a clear vision for the need for support for people with learning disabilities in ordinary settings, close to home with a range of skilled supports available. This vision was entirely in line with the direction of previous policy documents, set out in fact as early as 1993 in the original Mansell report.

There was a clear timetable for change and an expectation that over time, people currently in in-patient care would have the opportunity to be supported in their own homes, close to family and friends.

One of the key requirements to help to make this vision a reality however was good quality information. ‘Transforming Care’ therefore set in train the commissioning of a number of pieces of work to help better inform the planning process.

One of these was a report by the Royal College of Psychiatrists (RCP) which looked in particular at the range of in-patient beds that were currently available. The RCP were concerned that a narrow focus on ‘assessment and treatment units for challenging behaviour’ had dominated the debate and that this did not fully capture the spectrum of in-patient services and their different functions. They set out six different categories of in-patient beds, which they believed should form part of a care pathway complementing the work of community teams.

They also drew data from RCP representatives in England, which suggested there had been a significant reduction in the availability of all NHS beds from 1988 to the present day.

A further piece of work was the concern of the authors of this current analysis, and this set out to look at the current scale of the problem – “to take a snapshot of provision, numbers of out of area placements and lengths of stay.” This was done by way of a census designed to cover patients from all in-patient psychiatric providers which took place in September 2013.

The authors set out to look at how the overall number of people with learning disabilities in hospital had changed from a point in time when the recording of in-patient numbers had been taken before the broadcast of the Panorama programme in 2011.

What they did was to compare numbers in the current census with those from a similar census, carried out in 2010. The 2013 census gathered information on all patients in in-patient psychiatric care in hospitals in England at midnight on 30 September who were either in a bed normally designated for the care of people with learning disabilities or were identified as having learning disabilities, autism or both.

Using these data, the researchers compared the situation from this census with archive data from the Care Quality Commission ‘Count Me In’  census in 2010 (which monitored ethnic variations in mental health care in England and Wales). They were thus able to to identify and characterise the equivalent group from the 2010 census to explore how the numbers had changed from 2010 to 2013. 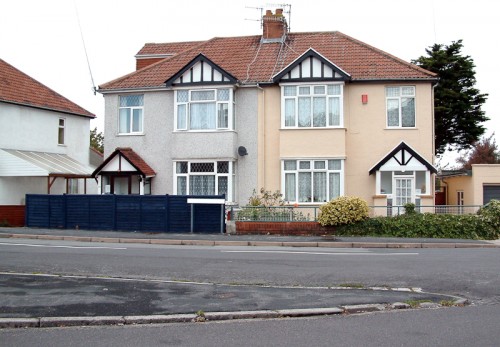 The biggest reduction in numbers was seen for

They also found what appeared to be large variations in the changes between regions, although as they point out, there was a concern with these data as a large proportion of people could not be could not be assigned to a home region in the 2010 dataset.

From the figures they have however, the largest reductions in numbers were patients reported as coming from the East Midlands, London, South East, South West and Yorkshire and Humber regions.

The North East, which had the highest per capita use of in-patient care in 2010 (NorthEast) showed little change in numbers in the current census.

This is an interesting piece of analysis, in that it attempts to show what has been happening to numbers of in-patient beds in a three year period. However, as the authors point out, the methodologies used in the two censuses, although similar, were not identical, so there needs to be some caution applied to the findings. It is planned to repeat the 2013 census on the same date next month, so this will provide a good indication of what has happened to the 3,250 people identified then.

The reduction of 35% is significant, but as the authors point out, it is possible that some of this could be due to reclassification of beds from hospital beds to residential care homes with nursing which may have been part of the transfer of funding from the NHS to local authorities in 2011.

The authors raise some interesting questions through looking at the detail of the change. They wonder whether the reductions found have been confined mainly to groups who whom they describe as ‘easier to discharge’, for example people with short stays, and in open rather than secure settings.

They point out that secure beds, because of their specialist nature may be more likely to be at a distance from the patient’s home, whereas open settings may be more local and therefore more easily connected to existing local services and more amendable to discharge planning.
The data from the September 2014 census will allow a detailed investigation of progress in the last year, but using the 2010 data, will also enable us to see who has been in hospital settings at all points.

Since the publication of this paper in the Tizard review, the National Audit Office (NAO) has announced an inquiry  into whether the Government has made sufficient progress towards improving the provision of cost-effective care services for people with a learning disability

The NAO Inquiry, due to report early in 2015 will look at Government action to improve of cost-effective care services for people with a learning disability and whether key commitments set out in the 2012 Concordat have been met. The information from the censuses should prove to be key data in helping them to come to a conclusion.

Last reply was September 8, 2014
Try out our members features!