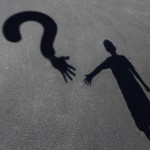 This exploratory study by Cox et al (2015) examines the experiences of solicitors who have acted for people with intellectual disabilities in care proceedings in the United Kingdom. From their perspective it offers some concerning insights into the disadvantages parents with intellectual disabilities face in their interactions with systems and agencies and the often negative preconceptions of the welfare professionals with whom they deal and by whom their ability to be ‘good enough’ parents is judged.

The solicitors in the study are highly critical of the ways in which some social workers are practicing in the context of care proceedings and of a legal system which lacks flexibility and resources to meet their needs.

The authors recruited 11 participants for this study. All were solicitors experienced in working with parents with intellectual disability in care proceedings. Semi-structured interviews were conducted with each individual participant. 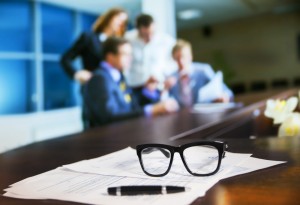 The researchers found five themes emerging from the data and describe two in this paper.

The first theme is around the perceived negative attitudes of the local authority (LA) social workers in working with parents with intellectual disabilities. It was observed that given the ‘pivotal’ role of the assessments made by LA social workers in care proceedings, it was very concerning that many seemed to lack skills and knowledge about intellectual disability and its impacts on individuals and were ‘prejudiced’ against them.

The solicitors described examples of LA social workers being selective in the evidence they used to prepare assessments and that this selectivity never favoured the parents with intellectual disabilities.

In fact, they said that their ‘pre-conceived’ ideas led to ‘unrealistic expectations’ and ‘heavy-handed judgements’ which may not have been made if the practitioners themselves had more knowledge, experience and skill.

The research participants ask the question, based on their observations of poor practice, whether there was an assumption by social workers that parents with intellectual disability were incapable of the ‘good enough’ parenting expected of others without disability.

The solicitors were also critical of the role of expert witnesses in care proceedings arguing that there is a shortage of people with appropriate levels of expertise to produce good quality reports which are useful in such legal processes.

The second theme emerging from the data was about parents with intellectual disability receiving justice.

The interviewees were highly critical of the workings of the legal system in such cases, observing a lack of access to legal aid funds, time pressure and constraints in proceedings which did not take account for the needs of people with intellectual disability to have additional support in understanding steps and requirements, and a lack of opportunity to access independent experts to provide an alternative assessment to that provided by the LA social worker.

The solicitors also raised concerns about a perceived lack of knowledge and skills on the part of magistrates arguing that the complexity of many of the cases involving parents with intellectual disability would be better dealt with by judges in the County Court. 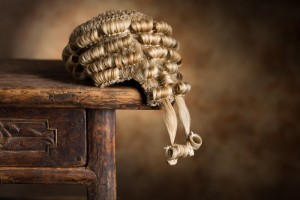 The authors of the study highlight some important issues for effective social work practice in care matters. What emerged from the data is that a lack of knowledge, skill and experience in working with people with intellectual disabilities can lead to critical errors of judgement and a denial of the right to be treated respectfully and equally.

It was observed that where professionals approached cases with prejudice, then they ‘set the bar too high’ or made different and unreasonable expectations about individuals’ capacity to be considered ‘good enough’ parents. This danger is beautifully illustrated by an example given by one of the solicitors interviewed for the study;

I had an argument with a social worker who was complaining that my client had fed the child pink wafers at contact and that was totally inappropriate…they judge them on their own standards, they said they should have brought a piece of fruit.”

The authors point out that previous research by Tarleton et al (2006) found some evidence that people with intellectual disability were expected by professionals to be ‘perfect parents’ and in the absence of access to assessments other than those provided by the LA social workers it may be extremely difficult for parents to show that they are ‘good enough’ to have care or contact with their children.

One of the solicitors interviewed observes that there are ‘good and bad’ social workers but there is little evidence provided of ‘good’ work here, rather a lack of skill experience and a tendency to assume a lack of capability.

The major strength of this study lies in the compelling way in which it uses the first person accounts of solicitors working within the system to try to achieve just outcomes for parents with intellectual disabilities.

Although there is criticism of magistrates as the other legal professionals involved in care hearings, there is not scope within the study to hear their perspectives. Gaining a greater understanding of the level of knowledge and skill they bring to their role would be useful to discover in future research.

The authors raise the really interesting question of the way the label ‘intellectual disability’ works within the legal context, arguing that it can be a ‘double-edged sword’.

Its use may lead to highly negative judgements and where there is a lack of legal and welfare practitioner knowledge, individuals may be assessed not as individuals but rather as a person to whom a stigmatised label has been attached.

Use of the label may in some circumstances provide an opportunity to promote better understanding and highlight the support needs of parents with intellectual disabilities in the legal system however, too often assumptions of incapability would appear to lead to a denial of an opportunity for them to be fairly and expertly assessed. In an under-resourced legal system it seems that their rights to natural justice in care hearings may be being denied. 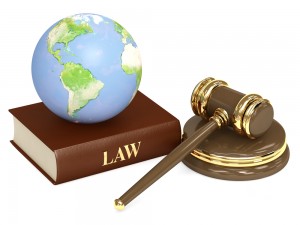 Solicitors raised concerns that the label of learning disability, whilst highlighting needs, may also lead to assumptions around capability and lead to a denial fairand expert assessment

Tarleton, B., Ward, L. &Howard, J. (2006) Finding the right support: A review of issues and positive practice in supporting parents with learning difficulties and their children. London: The Baring Foundation.