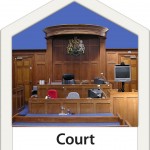 The combination of family support and responsive services has been identified as critical to the development of a positive parenting context parents with learning disabilities. But the current evidence suggests that such parents are still likely to have their children permanently removed from their care.

A recent Australian study suggested that for some learning disabled parents, this removal of a child was not a one-off experience for parents

Many of the published studies thus far have focused, quite rightly on the experience of parents with learning disabilities and the organisation and delivery of social and health care support, but there has been little investigation of what happens in the magistrates’ court when cases relating to the potential for removal of children are heard.

The researchers in this small study set out to look at the experience of magistrates making decisions in care proceedings involving parents with learning disabilities.

What they did was develop a semi structured interview questionnaire which they administered to four family court magistrates.

What they found was that the magistrates distinguished between their own ability to deal with the complexity of conceptualising learning disabilities and that of others in the system.

They believed this ability to work with this complexity enabled them to be more proactive when they were presented with expert opinion in their courts.

They identified four main influences that they felt were at play when they were determining the best interests of the child:

Like many others who play a professional role in the system, they spoke of the impact of their experience of people with learning disabilities outside the court system and how this affected their decision making. They did however also call for more training for magistrates about learning disabilities.

This is obviously a very small study, but as the first to look at the perceptions and understanding of magistrates, who can play an important role in the lives of some parents with learning disabilities, its findings can help to shed light on this important part of a ‘responsive service’ system as outlined in Conder et al’s article, referenced above.