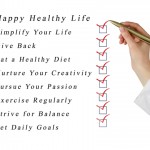 The 1990 NHS Community Care Act changed the way that people with a learning disability (LD) were cared for in Scotland. The move saw services shift from long-stay institutions to General Practitioners and professionals in newly created Community Learning Disability Teams (CLDTs) and the responsibility for day-to-day care transferring to carers within the community (Hogg, 2001; Willis, 2014).

The competing and complex health needs of individuals with LD require monitoring and management, but this has proven a challenge for paid- and informal- carers who report a lack of necessary knowledge due to inadequate training (Parish, Moss, & Richman, 2008; Wyatt & Talbot, 2013) and for family-carers who lack support or involvement in their relatives’ care (Heslop & Abbott, 2007). This is a concern as symptoms or health issues could go unrecognised.

The paper explores some of the challenges which paid- and family- carers face when monitoring the health of the person they support, with particular reference made to the difficulties of joint-working within health and social sectors. 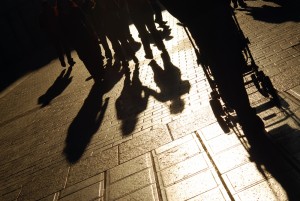 This paper forms part of larger study exploring the breast cancer screening of women with LD. The research took the form of observation and semi-structured interviews, although only the themes from the interviews were discussed. Participants included 10 paid- and 3 family- carers.

The authors recruited paid-carers from a range of health and social settings including day centres, residential homes and CLDTs, and family-carers through a carers’ organisation.
The exact analysis procedure was unclear, although the results section takes a themed approach.

There was a lack of clarity about whether health monitoring was part of the caring role. For paid-carers this was affected by whether other professionals or family members were influential in monitoring the health of their client and if they might be seen as interfering.

The difference in the ideology of health and social sectors also dictated whether health was considered within the carer’s remit. For family-carers, dual identities created confusion and their involvement was often dictated by the capacity of the person with LD to make decisions about their own health and whether the carer had welfare guardian responsibilities when a person transitioned to adult services at 16.

Paid-carers reported that they did some monitoring of their client’s health but that this relied on knowing the person well enough to recognise something unusual. They also felt that they were unqualified and unsupported in their role to do this, with some seeking information from any available source.

Paid and family carers also described how the level of health surveillance was dependent on the severity of the individual’s disability: Those with more severe LD, or who could not communicate their needs, were monitored more closely.

Carers described the practicalities of explaining health interventions to the people they cared for. Translating health information required good communication skills and tailoring, which was considered important to ensure that individuals remained involved in decisions made about their health care. This again relied on knowing the individual and their disability well and the client wanting to discuss their health. 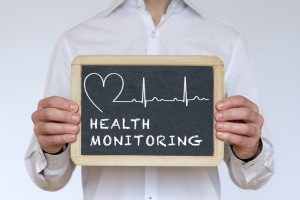 The role of carers in monitoring health needs is often unclear

This article contributes to our understanding of the carer’s role in monitoring the health issues of individuals with LD. It presents some of the key challenges that carers face on a micro and macro level in a clear and detailed fashion, with the use of participant quotes providing a real insight into the roles of carers.

The authors present a balanced account of the carers’ experiences, offering contrasting views from both health and social care settings. However the paper does focus quite substantially on the responses of paid-carers. While this can be attributed to the small sample of family members, it would have been useful to have had more information about the carers accompanied by the data from the observations. For example, information was given about how long carers had been caring for but the impact was not discussed.

Some paid-carers also stated that family members and other professionals sometimes thought that they interfered in the health monitoring of the client, which could have been explored in more depth.

The authors should also have explored participants’ definitions of health.

With such a small number of participants from a few institutions it is difficult to conclude whether the findings are representative of the general population of carers. Recruitment through gatekeepers may have impacted on who received the message about participation; whether carers felt that they could come forward; and what they would discuss.

Family-carers were reported to be hard to recruit because they felt that they had nothing to offer, perhaps indicating that they may have fewer or more deep-rooted issues about how they perceive their carer status. It is also likely that they do not have time to partake in research of this nature.

I agree that the remit of carers can influence the type of care provided, so more details about what their role involved is warranted. However this should be to ensure that all professionals understand how carers contribute to the multidisciplinary team, rather than to exclude them from the health care of their clients. This is also true for family-carers who were in some situations sidelined in the care of their relative.

The paper rightly advocates more support for family carers to ensure that their contribution is valued and acknowledged.

The paper could have described in more detail the implications for the successful integration of the health and social care sectors. For example, if professionals have distinct cultural beliefs arising from the organisation they work for, then how might this impede the integration process? Working in silos rather than as a team would not only be counterproductive in terms of providing effective care and contradict the concept of joined-up services, but would also wipe out any efficiency savings.

Another key issue that could have been raised is the training of paid-carers: what additional qualifications would they need if they are to be accountable for monitoring the health needs of their clients and what would the cost of this upskilling be?

The findings do indicate that for integrative working in the health and social sectors to succeed, a clear strategy is required to map out responsibilities and ensure that adequate support and funding is provided.

The article highlights that those that work as and with carers of people with LD need to be mindful about what the role of a carer encompasses, and that they should be considered as equal contributors with knowledge to be harnessed. While sometimes this may not be warranted and/or possible, those working in the health and social sectors need to recognise the importance and benefits of working in an integrative way.

Overall the findings demonstrate some of the difficulties faced when merging the efforts of different sectors with diverse working practices. This issue is certainly not new, but moving forward the effective care of individuals with LD rests on the ability of these services to work together. There is much scope for the research to be further developed by studying the experiences of paid- and family-carers separately in light of the numerous contextual factors that influence their role; however focus should also be on studying the difficulties of interdisciplinary working at the organisational level in order to foresee the issues and smooth the path for change.

Willis, D. (2015). Inconsistencies in the roles of family- and paid-carers in monitoring health issues in people with learning disabilities: some implications for the integration of health and social care. British Journal of Learning Disabilities, 43, 1, 24-31 [Abstract]

Hogg, J. (2001). Essential healthcare for people with learning disabilities: barriers and opportunities. Journal of the Royal Society of Medicine, 94(7), 333-336.